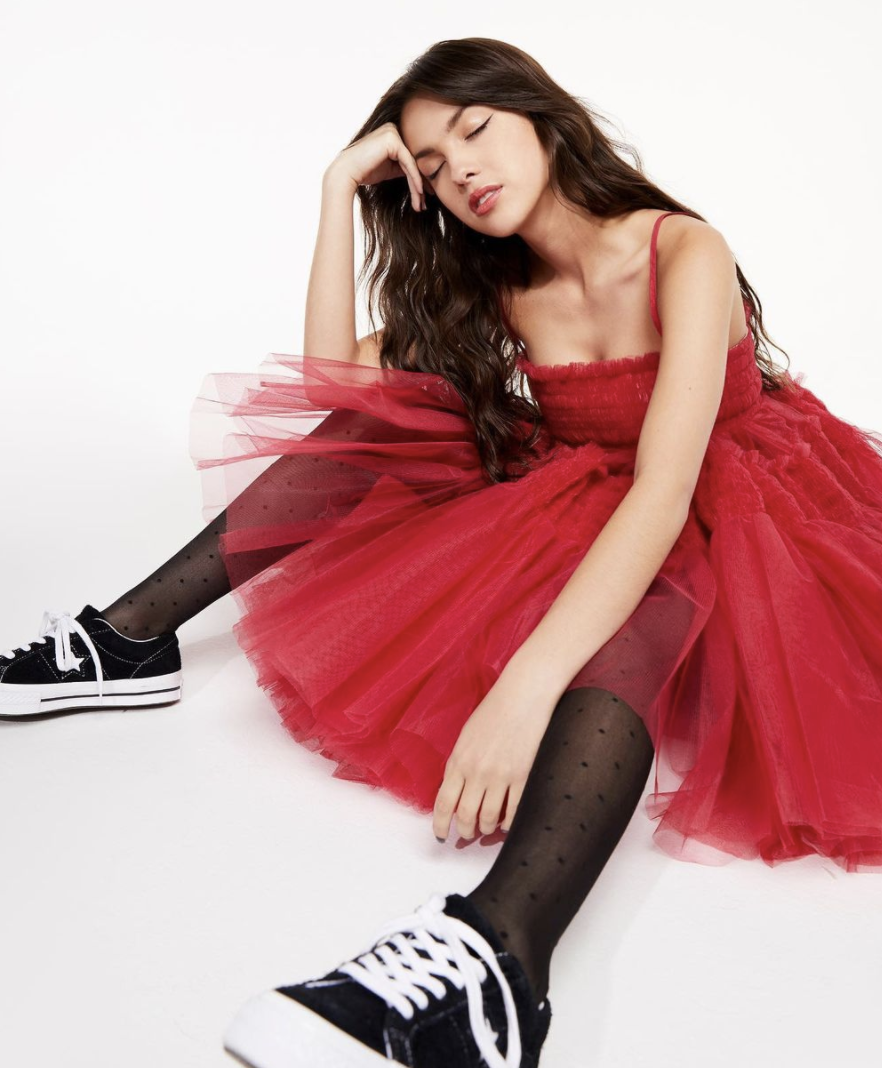 Hands up who has their heart set on getting tickets to see Oliva Rodrigo next year?

Yesterday, it was announced that she’ll play two Irish dates as part of her Sour tour.

And with such a rise to fame, it’s easy to think that Olivia’s bank account has a pretty impressive number in it too. Even Olivia’s first massive single, Drivers License, has over 830 million streams on Spotify and the rest of her album was also a hit on the charts. So yeah, insane kind of numbers.

Olivia’s Spotify hits even had Spotify a little shook. Spotify’s Global Hits Lead Becky Bass told Billboard,  “We’ve never seen anything like this, where you do have a newer artist that just comes out of the gate in such a dominant way and just continues to grow.

“I mean, we were like, ‘Whoa, these first-day numbers are huge!’ And then they were bigger the second day, bigger the third day…so it really feels unprecedented and likely is unprecedented.”

But music isn’t Olivia’s only source of income right now, she also has her own merch with a line of products featuring lyrics and motifs from her hit songs. There’s then Olivia’s acting career to take into account, with her first big role in Disney’s Bizaardvark back in 2016.

So she’s doing well for herself, it’s safe to say. But can you guess how well?

According to Celebrity Net Worth, Olivia is worth a whopping $4 million dollars. Yeppp. Back in January of this year, it was estimated that she was worth around $500,000 so it’s clear she’s having a crazy year.

♥ Olivia Rodrigo Says Being Honest In Her Songs Is ‘Terrifying’