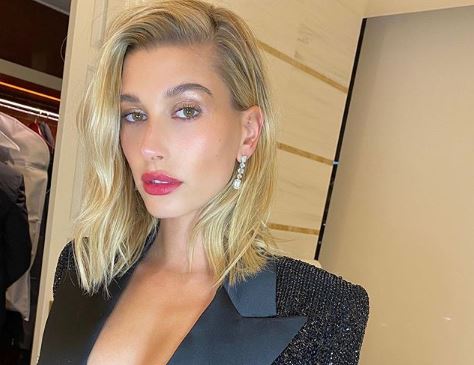 Hailey Bieber has hit out at Instagram users who have been commenting on her appearance.

It seems that some people on the app were comparing photos of her as a child to now, claiming that she’s had work done.

But Hailey, who has become more vocal lately about the difficulties of being in the public eye, is having none of it.

The model and wife of Justin Bieber said that the reason she looks different in many photos is because others have edited the photos.

“Stop using pics that are edited by makeup artists!” she commented.

“This photo on the right is NOT what I look like…”

She added: “I’ve never touched my face so If you’re gonna sit around and compare me at 13, and then me at 23, at least use a natural photo that wasn’t edited so crazy.”

It’s not the first time she’s spoken out about being judged online.

Back in January, she shared a post about how others’ comments do get to her.

“I could sit here all day and say the hate doesn’t bug me, that the words that are said don’t affect me. But NEWS FLASH: it hurts to be torn apart on the internet!!! It hurts to be compared to other human beings every single day, it hurts for people to jump to conclusions and make assumptions. It hurts to be called names, and to feel like you don’t measure up to a certain standard.. the list goes on and on.

“I share this only because it weighs often on my heart and because it’s important to be honest about how these things affect us mentally and emotionally. Hopefully it speaks to someone struggling with the same.”