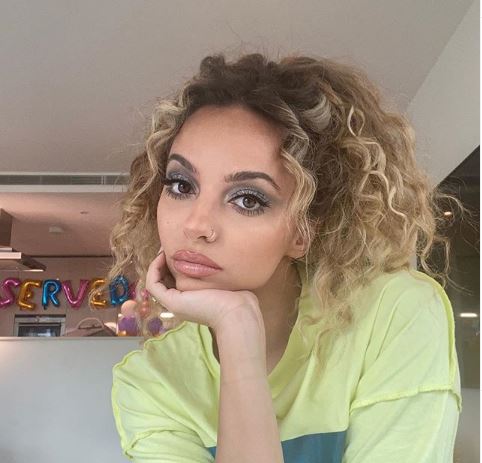 Jade Thirwall has opened up about her relationship with new boyfriend Jordan Stephens.

The Little Mix star explained that she wasn’t expecting to get into a relationship during the pandemic.

“I ended up meeting someone in lockdown which is strange… I quite enjoyed doing it that way,” she told Metro.

“We had real dates and really got to know each other. I wouldn’t say I was looking for anyone at the time. I was happy to be in lockdown because I am independent. I think you can still strive in your singleness in lockdown.”

The singer added that as this year has been tough for everyone, Jordan’s support made a huge difference.

“Anyone who has supported you through hard times is really important. It’s quite special seeing that.”

She went on to describe how laid back the pair are as a couple.

“It’s the one positive to come out of this. Me and Jordan… we are a good match. We are so chilled out, we are horizontal!”

Jade was first spotted with the actor and Rizzle Kicks member over the summer when they both attended a Black Lives Matter protest.

Jade confirmed the relationship earlier this month in Cosmopolitan UK. She explained that his appreciation and understanding of drag culture was a huge plus for her.

“It’s really important for me that whoever I find relationship-wise loves drag culture,” she explained,

“When I first started talking to my boyfriend, I discovered he did a movie where he played a drag queen and I was like, right, that’s it. He’s perfect. Sign me up! A straight man who’s willing to dress in drag and loves being queer and feminine.”