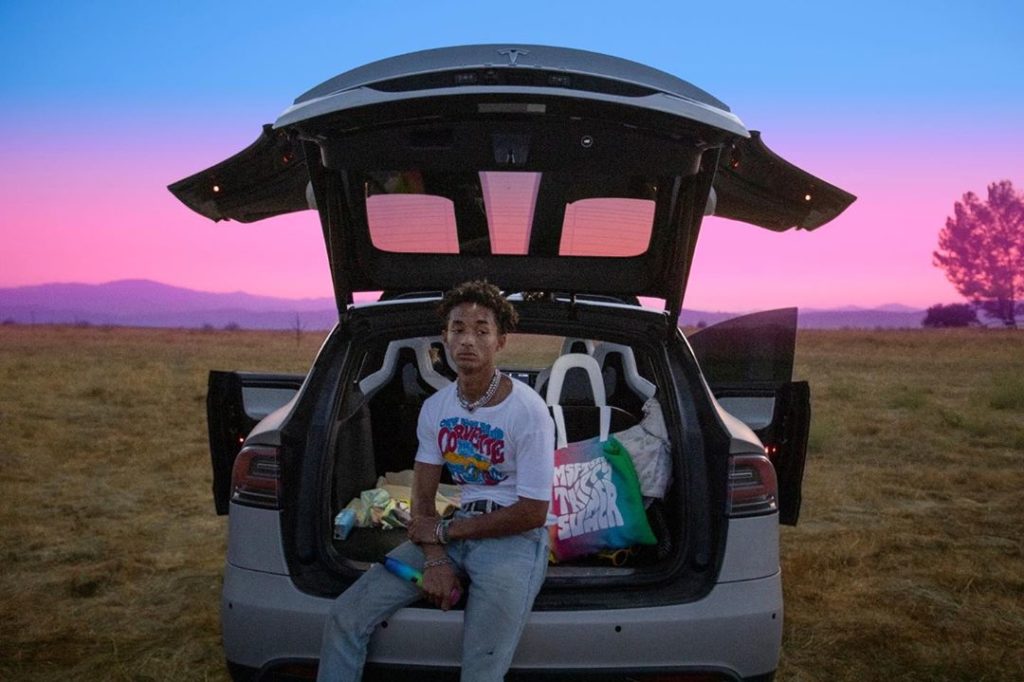 Despite the fact they have been friends for almost ten years, there has been lots of speculation that Jaden Smith and Sofia Richie are dating.

Sofia has just gone through a very public break-up with Scott Disick, who she started seeing back in 2017. The relationship between them was always very on again- off again, but this time it seems to be over for good.

Now that she is newly single, pictures of her with Jaden Smith have sparked rumours that perhaps she has already moved on.

Sofia Richie spotted out on the beach cozying up to Jaden Smith after her breakup with Scott Disick pic.twitter.com/b3pqgEYKpT

Paparazzi got snaps of the pair on the beach together in Malibu. In the pictures they can clearly be seen hugging and holding hands in the ocean.

In a recent interview with Ryan Seacrest on iHeartRadio the 22 year old was asked about the pictures and if there was anything to them.

Jaden was quick to shut down any speculation about romance between the two saying; “You know, I actually don’t look at the internet, so I didn’t see that. Me and Sofia have been friends for like 10 years.”

“We’ve been going to the beach pretty consistently for 10 years too,” he laughed. “Yeah, we’re just homies and we love each other and it was fun.”