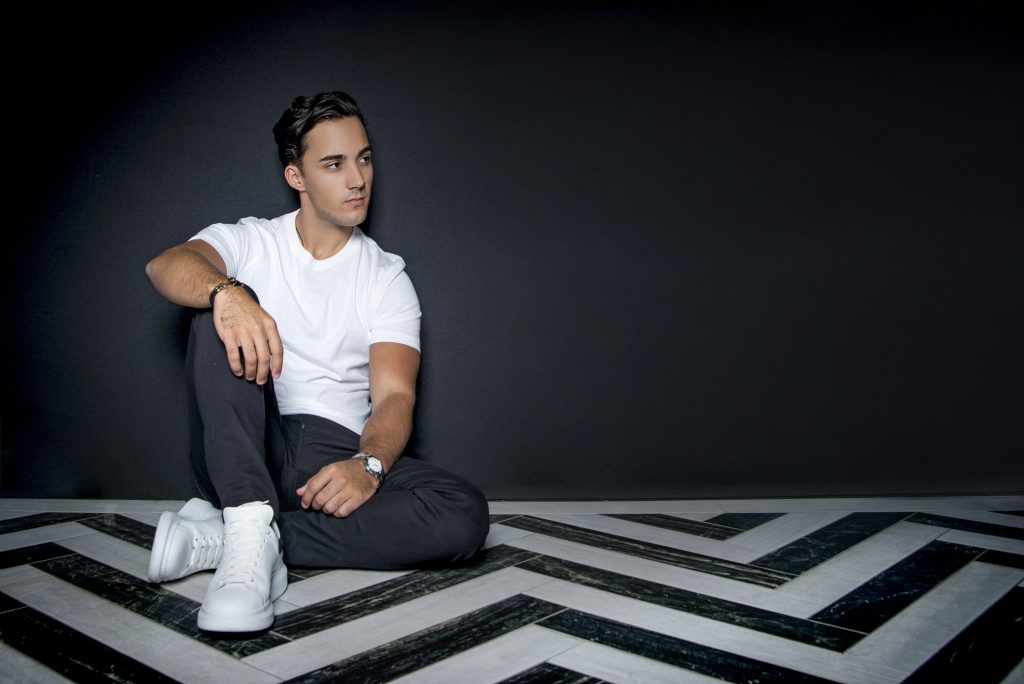 Jake Carter is back with new music after a tricky year or so of lockdowns and cancelled gigs. We caught up with the popstar to chat about his new single Sink Or Swim (which will be sure to give you that summer feeling)!

He also spoke to KISS about his music plans as we ease out of lockdown, separating himself from famous brother Nathan Carter, and working with his girlfriend Karen Byrne.

Hi Jake! We love the new song! Why did you decide to release Sink Or Swim now?

Aw thank you! Well, Obviously during lockdown, being a musician, all I’ve really been able to do is write songs so I spent most of my days during all the lockdowns songwriting and coming up with new stuff with loads of different people but most of the material that was written during that time was either a ballad or quite depressing! So when it came to deciding which song to release, I just thought the next song I release, I want it to be cheerful, with feel-good vibes, so, a real summer tune. So, there was a song I wrote called Sink Or Swim about three years ago, with a couple of different songwriters and I really liked it and kept it on my phone and kept listening to it over and over so I said ‘that’s the song!’ I wanted the next song I released to give people a bit of positive energy after the year we’ve all had.

You say you wrote it before the pandemic, do you think it would be a different song if you released it back then?

Definitely, I’m only in the industry four years maybe, and I’ve definitely learned over the last while that the music industry takes time. I had thought you write a song, record it, release it, whereas now, with Sink Or Swim it’s been in the process for three years nearly, so I do think sometimes it’s better to take your time, but I guess if I released it when I first wrote it, it probably would have ended up a completely different song! I wouldn’t have had summer thoughts in my mind and that’s why now I really like to take time with music. It’s kind of annoying sometimes because you think you finished the song, and then you listen back and you’ve paid a fortune to get it done in the studio but then you say it’s not quite right, and actually, we could change a thing or two! 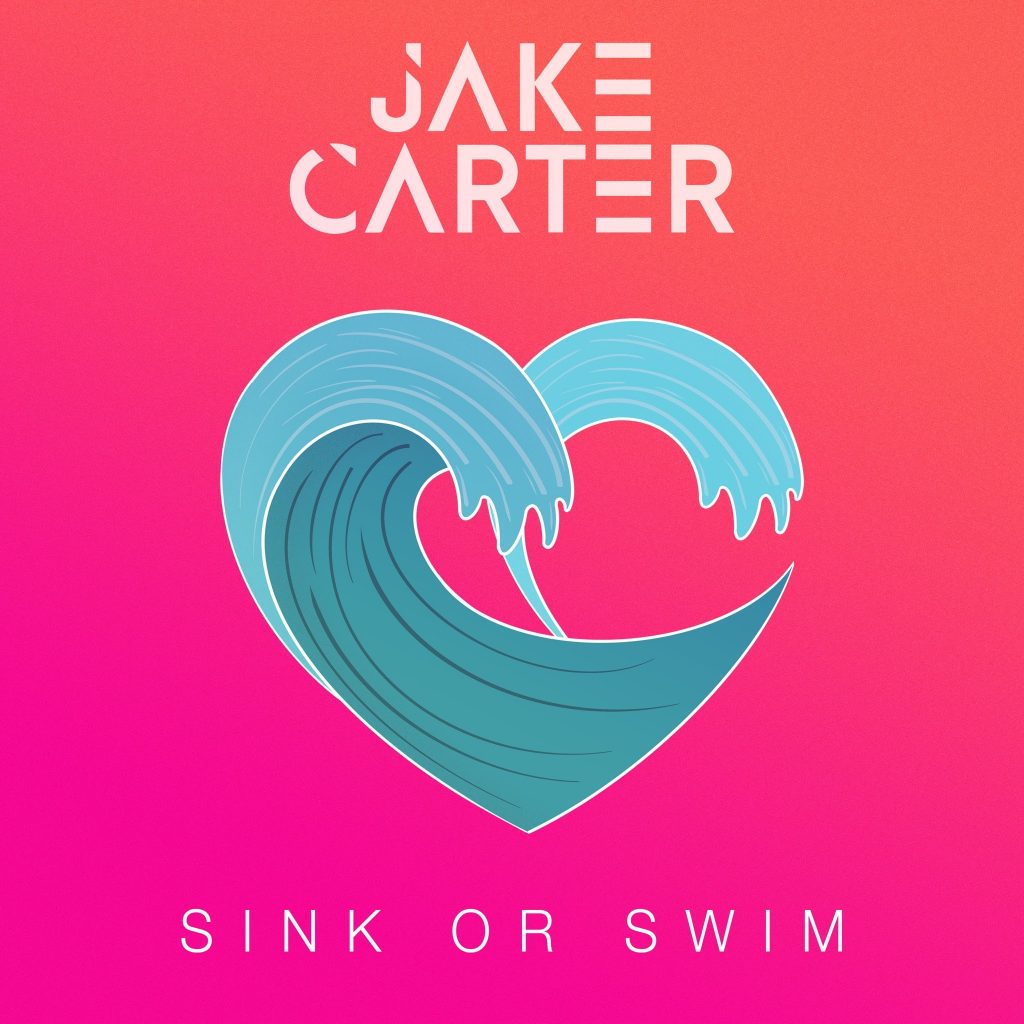 This song is so fun, we can imaging listening to it on a road trip, was that the idea behind the song?

Yes, thank you! Since I moved over to Ireland in 2017, and I did Dancing With The Stars and stuff like that, I’ve kind of been known as that cheeky chappy type persona, and that is me, and that comes across in my music, I guess, so, most of the stuff that I do write and release is very upbeat and feelgood and lively, so we have a load of tracks now that I’m back recording, and most of it is all very upbeat and 90% of what I plan on putting on an album hopefully next year, is that pop vibe.

We couldn’t have had a better week to release that type of track! The sun was shining every single day since we released the track. It’s funny, we recorded a music video for it at the start of this week, and any other time of the year, to record that type of music video it would have been completely different! So we were really lucky, that’s coming out in a couple of weeks!

Hopefully now we can get back gigging, at the minute I’ve still been having to cancel stuff but there is a glimmer of hope for outdoor gigs for the next little while and hopefully next year we can get back on tour and back travelling the country doing gigs. 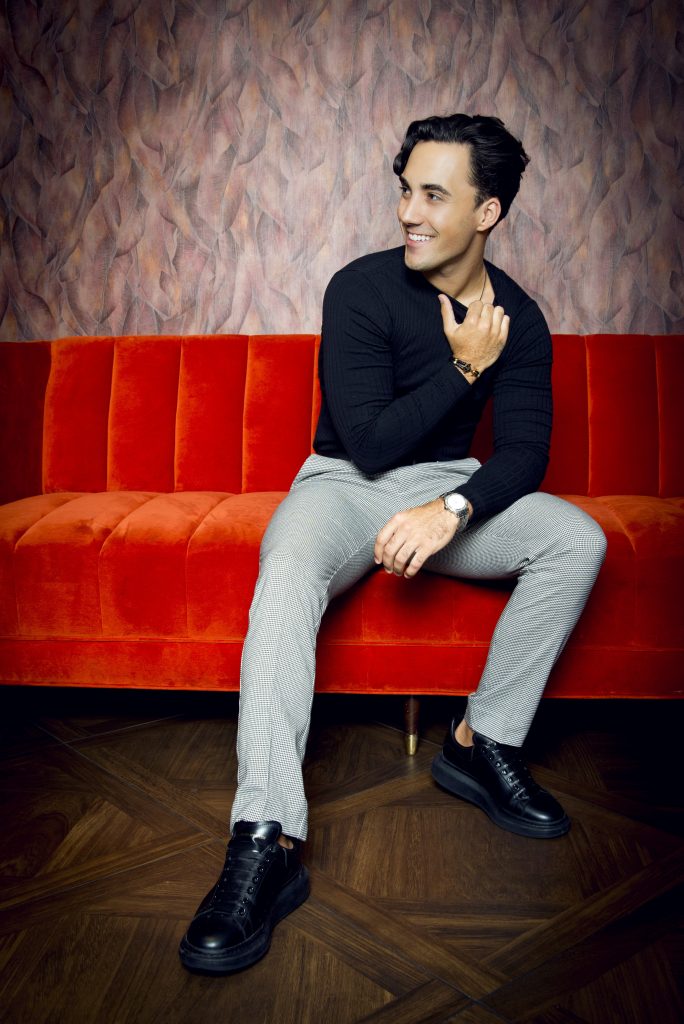 Did you miss your friends and family in Liverpool during the pandemic?

Definitely, I was kind of between Dublin and Fermanagh for most of lockdown. Normally, I would fly back to Liverpool once a month to see the family and catch up with friends but it’s definitely been a lot less lately. I was over there a couple of months ago thankfully but during lockdown when I couldn’t go over at all, that was tough, especially like Christmas time, that was all affected. It wasn’t easy but I do count my blessings that my family and I are still happy and healthy. It was tough but I had it quite good in the long run.

Your brother Nathan Carter is hugely popular in Ireland and known best as a country singer, do people assume you are too because of him?

Yes! The last three years, the great challenge I’ve been presented with is trying to tell people that I’m not a country music artist, and I do my own stuff which is more pop music. Even now as the track’s being sent out to radio stations and radio presenters from the likes of 2FM and Today FM, they’re saying ‘this is not what we expected this is pop music!?’ and I’m like yeah this is what I’ve been doing for that last four years! It’s tough! Still, a lot of people hear the name Carter and assume it’s country music. I enjoy changing people’s minds! I have nothing against country music, I love country music and I love Nathan’s stuff but it’s not what I do, I grew up loving Busted and McFly and these real pop boy bands. And nowadays the Irish pop scene is amazing like Gavin James and Wild Youth and up and coming acts like Josh Gray, Ryan Mack and Robert Grace, there are loads of lads that are really good at that, I think Ireland is going to be really really strong in the pop industry in the next ten years.

Did you always want to be a musician?

Music was always part of my life. Having Nathan being a musician too, like he’s eight years older so he was working on that since he was 19, so when I was 11 I looked up to him and saw him gigging and all that stuff. Weirdly enough we started playing music with traditional Irish music with Comhaltas, I played the fiddle and used to compete in Fleadh Ceol and all that. And then coming into early teens I realised that the fiddle wasn’t the coolest so I tried every instrument and then I tried guitar and haven’t put it down since. It was always something that I really really wanted. My mum and dad wanted me to go to University and get a proper job as they say but I was just headstrong and I’m still here and still trying!f

You met your girlfriend Karen Byrne on Dancing With The Stars when you won it together in 2018, do you think it helps your relationship that you’re both in the public eye?

We’ve both done TV so that’s a big help, because if you’re not in that world it is weird. If you see the other person getting all these messages on Instagram or anything like that, it could be hard if you weren’t in the industry too so it does help to both be in the public eye.

Would you like to work on more projects with Karen?

Yeah I would! We’ve done a couple of TV things, one over lockdown called No Place Like Home. Obviously, we get along really well. We met on Dancing With The Stars so we’re kind of well used to spending every minute of every day together so it’s kind of natural to do TV stuff together. I’d love to work with her up ahead. Just maybe not on singing! Because she’s not the best at the vocals, she thinks she is… but she’s not…! The last single I released we did the music video together and we danced together in it so that was really cool. We’re both in the arts industry I guess so it works well to work together.

As well as music you’ve done dancing, acting and some presenting, would you like to do more of all that?

I am a good bluffer, I’ve done music my whole life, but I had never danced or acted or studied presenting so I’ve been so lucky that these opportunities have presented themselves to me. Just before DWTS, I got offered to play the lead role in the SSE Arena Belfast as Aladin, and I love a challenge so I said yes and that was the first strange thing like that that came into my life but a great opportunity. It was surreal. And then I got offered DWTS and I had never danced before and I just went for it. I just like to think I’m a good bluffer so I’ll try anything. Up ahead if any more opportunities came for acting, dancing or presenting I’ll always be up for it, but music is always my main love. Being on stage is a rush of adrenaline, like being on a rollercoaster. It was tough and I didn’t realise how much I missed it.

Listen to Sink Or Swim here.