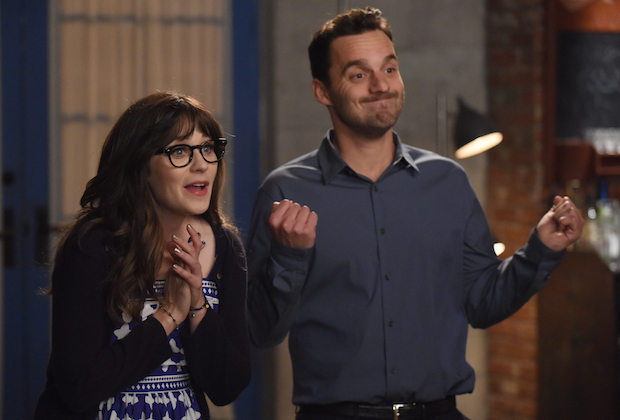 Since then we’ve had a Jessica Day-shaped hole in our hearts.

Which is why we were especially delighted to see Jess reunite with her New Girl pals for a special video.

Jess, Nick, Winston and Schmidt’s ex-girlfriend Fawn Moscato joined forces in a clip reminding people to vote in the upcoming US Election.

The presidential election takes place in the US on November third, where Joe Biden is running against Donald Trump.

Though none of the characters said who they were voting for, there was a whole episode of New Girl in which Cece and Jess campaign for Hillary Clinton, who ran against Trump in 2016.

In the 30 second clip, Fawn Moscato leads the PSA while Jess adds some words of advice. In typical Nick and Winston fashion, the boys continue their general messing.

You can watch the clip below and pretend that it’s 2018 again and we still have new episodes to watch… sigh!

Cece and Schmidt were noticably missing from the vid, but perhaps Schmidt didn’t want to be in the same place as his ex Fawn. Or maybe they’re busy minding their little girl Ruth.