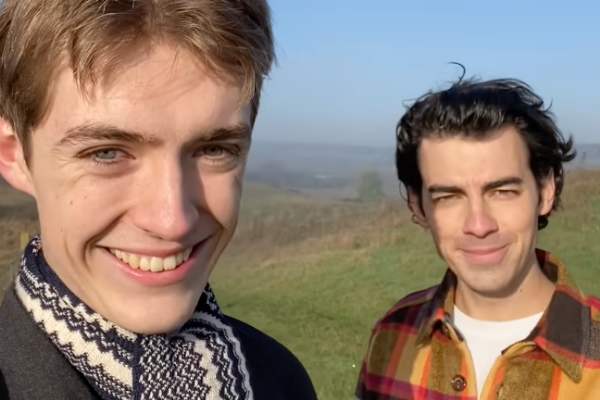 What a time to be alive, to see the most unexpected collab of the year (and I’ll stand by this until December of 2022). Jonas Brothers star, Joe Jonas, has been hanging out with none other than Francis Bourgeois, of TikTok royalty.

Francis, whose real name is actually Luke Nicholson, quickly made a name for himself on TikTok with his ever so wholesome trainspotting videos, and obviously, Joe Jonas wanted in on the trainspotting action. As you would.

Francis shared a video of the pair hanging out, starting the video by saying: “I’m trainspotting on the West Coast mainline today,” before turning the camera to reveal who he was with: “With my friend Joe,” who, kind of soft of awkwardly, says “Hello!”

Francis then adds, “Joe’s come from America.” As if we need the introduction, but we’re loving it anyway.

Then, the pair start waving at trains as they pass by. Pure wholesome. Check out the full thing here:

It’s the crossover we never knew we needed.

Joe also shared the video on his own Instagram, and, understandably, people were freaking out a little.

We have so many questions, was this Joe’s idea? Did he slide into Francis’ DMs? In the meantime, we’ll just be over here, waiting for more Joe Jonas x Francis Bourgeois content.