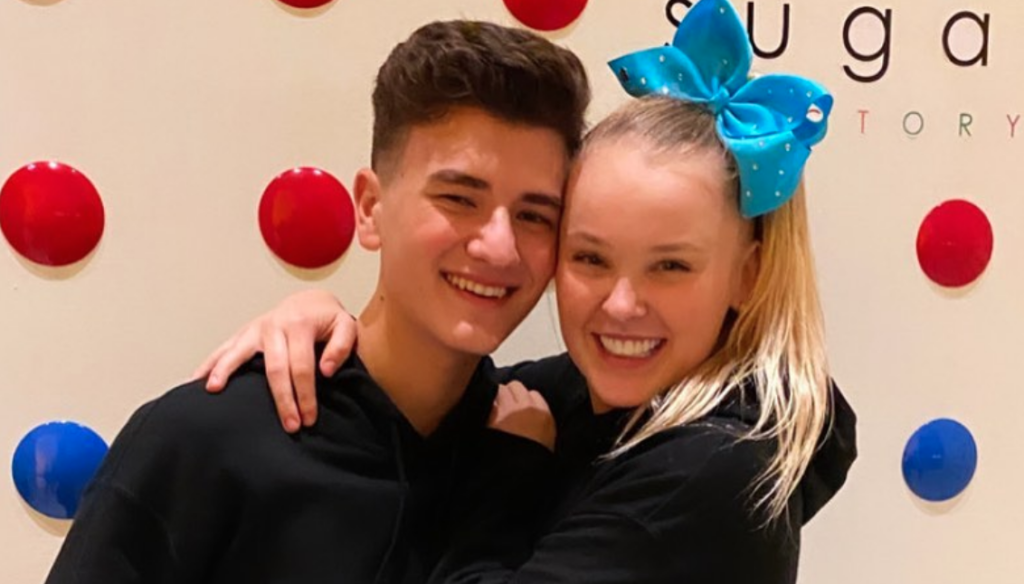 Jojo and her BF have been giving us all the couples cuteness recently and everyone just wants to know more. Luckily for us, Jojo and her boyfriend Mark Bontempo appeared as guests on her mom Jess’s podcast to spill all the tea.

Gushing over Mark, Jojo began by saying: “We have been together for a month and thirteen days!”

They then went on to explain how they met… So Mark is the younger brother of social media star Madison Bontempo, whose twin daughters Taytum and Oakley are social media stars in their own right. As in, they currently have 3.1 million followers on Instagram!

The twins have appeared in a few videos with Jojo and have hung out with her multiple times, it was Madison’s husband Kyler who ultimately told Jojo she should go on a date with Madison’s brother. He gave Mark Jojo’s number and told him she said he was cute.

We Love you @itsjojosiwa ❤️ We had so much fun hanging out with you yesterday!

Mark said, “We stayed up that night when we met virtually until like 3 am just sending each other videos on Snapchat and just hanging out… and then a couple of days later we met up at Kyler and Madison’s house.”

He said he truly impressed Jojo when he whipped our his guitar. Both Jojo and Mark are singer/songwriters and their mutual love for music definitely made them click.

Jojo added: “Mark is pretty awesome, Mark is a musician, a baby genius, he’s a prodigy, you graduated when you were sixteen… he is awesome, it’s been the best two months ever!”

Throughout the podcast, Mark makes quick jokes which leave all the Siwa’s laughing and Jojo revealed that her favourite parts about Mark are his eyes, his Fortnite skills and how he genuinely cares about her. Aww!

Jojo’s brother Jaden told Jojo to never let Mark go, but also revealed his slight jealousy that Mark has become verified on Instagram before he has! You’ll get there one day Jaden!

@itsjojosiwaHe had no idea what I was about to do🤣🤣 @mark.bontempo♬ Bop It Challenge – Aaron x Pia ♥️🥰

We can’t help but ship these two and we have a feeling we’ll be seeing a lot more of Mark in the spotlight from now on. Teen power couple coming up!