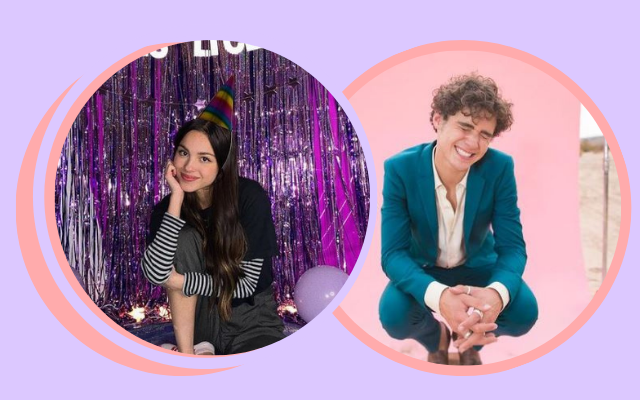 Olivia Rodrigo’s song Drivers License continues to be the biggest song in the world right now, so it was only a matter of time before Joshua Bassett commented on it.

Over the weekend, the song was even featured on SNL where they discussed the fact that the song was about Joshua leaving Olivia for someone else.

Of course, Olivia was pretty thrilled about the song being featured on the show, she even called it ‘the best birthday present ever’.

Joshua however, took to TikTok to react to the song being used on SNL and them discussing the drama.

In the clip, he wrote “FRIEND: dude you were on SNL last night!!!”

It then showed him rushing to the laptop to watch the clip, which showed Mikey Day saying: “My bitch ex Gina is Joshua Bassett” after the rest of the group explained the love triangle to him.

Joshua then closes the laptop and stares into the camera while Kasey Musgraves ‘Happy & Sad’ plays.

Of course, there are over 50k comments of people reacting to is video.

“I can’t breathe did he actually just post this.” avasophiawilliams wrote.

Chrvrlisse added: “for some reason i get so shocked when celebrities post about the drama they’re in… as if they don’t know that the whole world is talking ab them.”

We’re guessing he won’t say a whole lot more about it, but we’re still pretty shook that he acknowledged it at all.

Sabrina Carpenter Responds To Claims Her Song Is About Olivia Rodrigo

Sabrina Carpenter And Joshua Bassett Now Have A Song Together