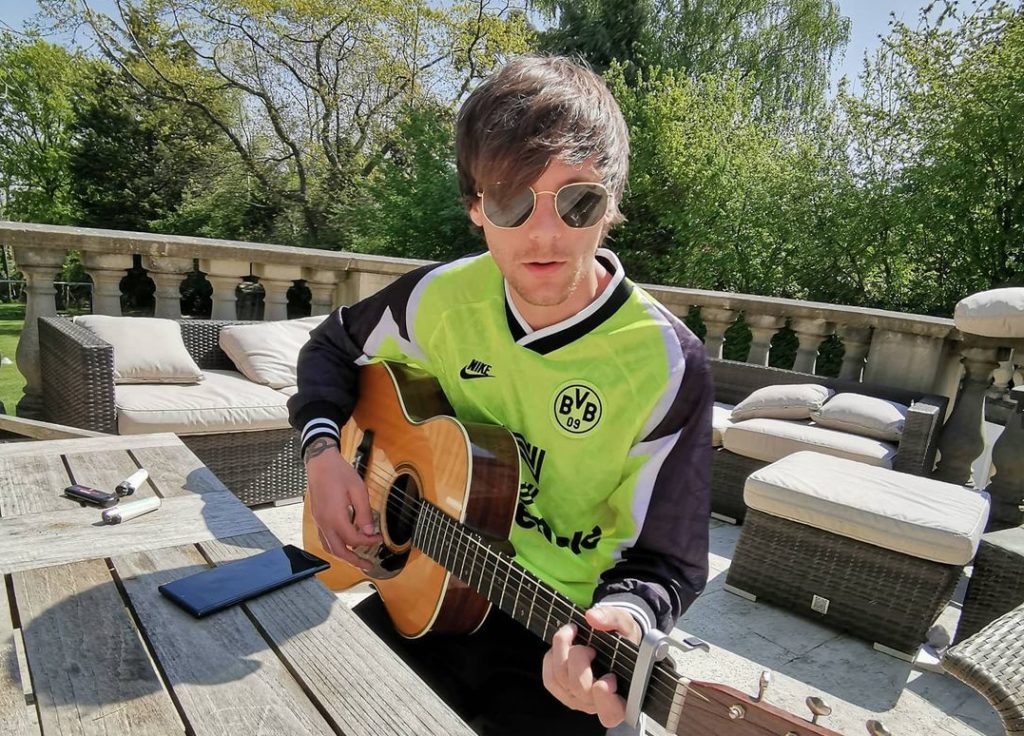 It looks like a new era is pending for ex-boyband member Louis Tomlinson.

Sending fans into a frenzy at Mexico airport it wasn’t long before Louis was trending on Twitter for his new do’.

Although not giving us a proper glimpse at her hair, we could still see Louis’ long locks peeking out from underneath his cap, while he rocked a t-shirt and tracksuit bottoms on his lower half.

One person wrote: “Still not over how cool and hot Louis looks just walking with his long hair and his electric guitar, wearing a death metal shirt!”

Still not over how cool and hot Louis looks just walking with his long hair and his electric guitar, wearing a death metal shirt! This is giving me so much rock vibes! I’m so excited to see what he’s has been working in Mexico!!

“I CANNOT BREATH THIS HAS TO BE MY FAVORITE THING EVER #LouisTomlinson” said another.

It’s still not known why Louis was in Mexico airport, however, judging from his travel luggage (an electric guitar) fans are concluding that he has travelled to make some music.

Either way – we’re excited about the new look and looking forward to seeing what he gets up to!

Quiz: How Well Do You Remember One Direction?