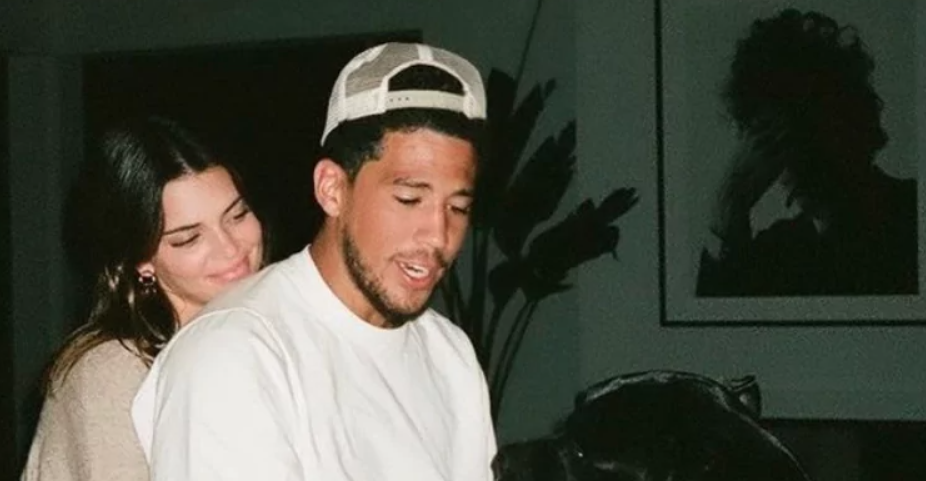 It’s no secret that the Kardashian-Jenners have gone through some pretty public relationships (and breakups) with the whole world watching.

But Kendall Jenner has always kept her relationships private, until now.

During the second part of the Keeping Up with the Kardashians reunion, Kendall confirmed to host Andy Cohen that the NBA player is her “boyfriend.”

Kendall explained that she always preferred to keep her relationship with Booker out of the limelight claiming, ‘it’s always worked better for me that way.’

The supermodel also revealed that her decision to keep her love life private was influenced by her sister’s love lives.

“No offense to my older sisters at all, but I think that Kylie and I specifically have had the opportunity to watch our older sisters go through marriages and relationships and break-ups and do them pretty publicly,” Kendall explained.

“I think it makes my life a lot easier and our relationship a lot better, to be honest. I just feel like it’s a private matter and not for anybody else to judge or know,” Kendall said.

Kendall also has a rule when it comes to boyfriends appearing on KUWTK. The show’s executive producer Farnaz Karjam spilled all while speaking on the Daily Dish Podcast, revealing: Kendall’s always had this rule.”

“She felt like she had to be with someone for at least a year before she lets them be part of the show and in the show. Because she doesn’t always know what people’s intentions are. So that’s why we kind of kept her personal life out of it, just because she had a rule.”

The reality star also hit back at claims that she primarily dates basketball players.

“No, I don’t actually only date basketball players, if anyone’s ever done their research,” Kendall said.

“I’m not ashamed that I have a type and I’m also a genuine basketball fan,” she continued.

Kendall’s not the only Kardashian-Jenner to date NBA stars. Khloe Kardashian has a daughter with Tristan Thompson and was previously married to basketball player Lamar Odom. And of course who could forget Kim’s 72 day marriage to NBA player, Kris Humphries.

Kendall and Devin Booker celebrated their 1-year anniversary earlier this month. Who knows, maybe we’ll get more sneak peaks into their life together in the future.