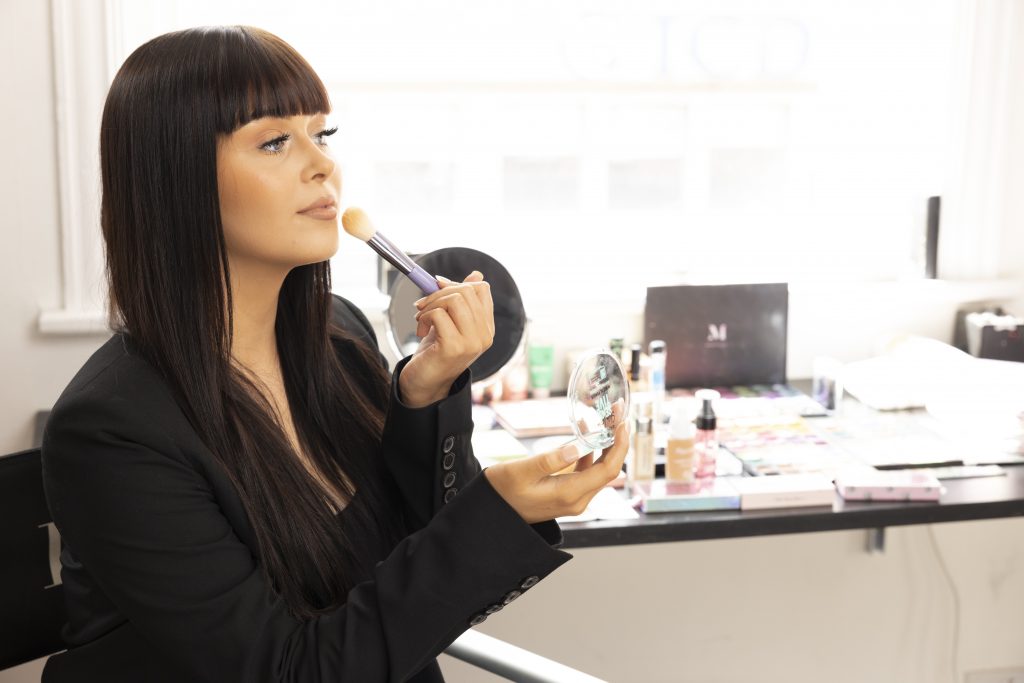 Earlier this summer we launch our 2022 search for Ireland’s most talented teen make-up artist. The KISS x Essence Cosmetics MUA Of The Year search took place over on Instagram, where hundreds of talented teens entered their best looks.

From hundreds, a final 10 was whittled down, and from there the public, Team KISS, and our judges chose the winner.

The vote was in and the insanely talented Ava Gorman was crowned our winner.

17-year-old Ava blew us away with her detailled looks, taking on a different character with each one. Ava won a tonne of prizes, including a photoshoot with one of Ireland’s leading photographers, Evan O’Doherty, where we had a chance to sit down and catch up with the budding MUA.

We chatted all things make-up, Ava’s hopes for the future, and what it’s like trying to break into the beauty industry as a teen. 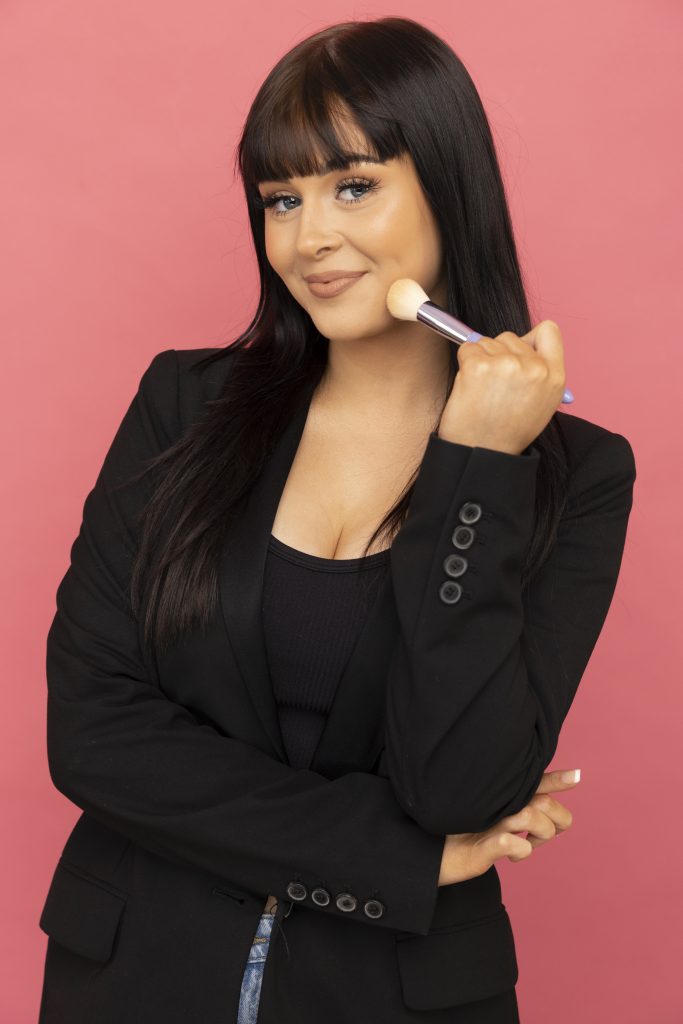 How do you feel about winning?

Oh my god, I feel amazing. It’s such a great achievement for me. All I want to do is makeup so when I saw the opportunity to enter I went for it, and then suddenly I was in the final, and then I won, which I genuinely didn’t think I would. I also had amazing support from the other finalists when I won, which was great.

Is there one person in particular who you felt was big competition for you?

Sequanna, who I actually know through Instagram and doing makeup. It’s so fun because we always recreate each other’s looks and find inspiration in one another so it’s lovely when you meet someone in the same world as you. 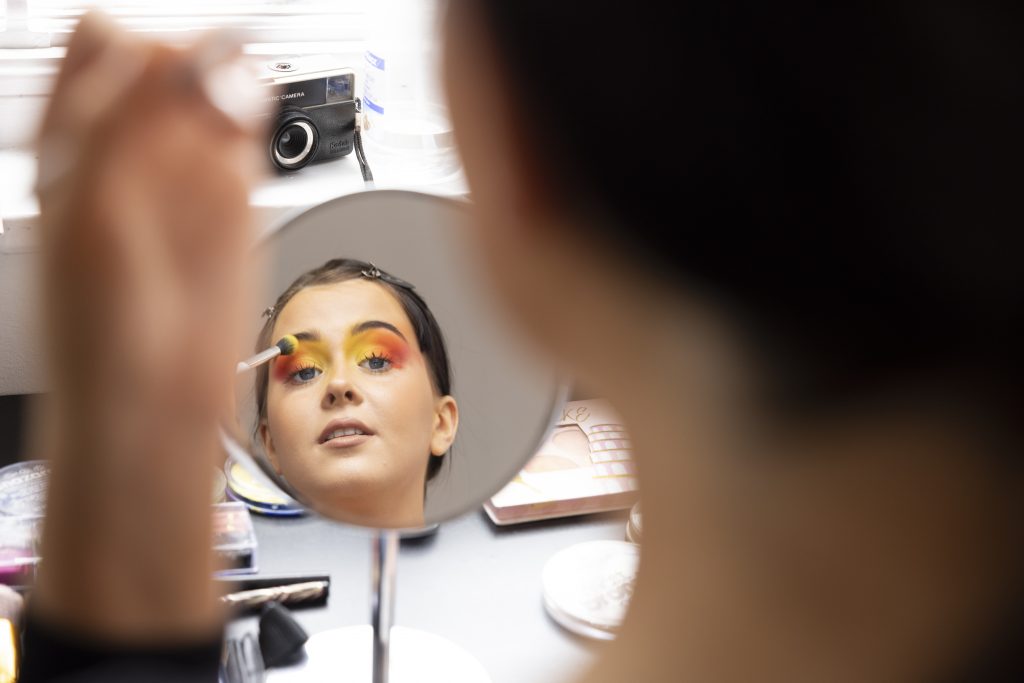 Your looks are so creative, where do you get your inspiration from?

My main inspiration comes strangely enough, from inside my own head. My imagination can run wild sometimes so if I feel like I can’t express something with words I’ll just sit down and create it instead.

I’ll always pre-plan a look too, for example in the next couple of days I’m going to recreate the joker’s look so I have a costume for that and then I was given newspapers from my Nana to create a background. Then for my actual content, I also need to preplan that and so I’ll figure out the TikToks I want to create beforehand, the pictures I want to take etc. It’s important to prepare for everything to go well because the one thing I don’t want is to mess up a big project.

Well, do you ever mess up?

Oh, of course, I always say practice makes perfect so if I do mess up a big project I just chalk it down as a learning curve anyway. Just recently I tried out a Pride makeup look, I wanted to challenge myself and really go for it and I ended up making a mess of it. I was upset about it but I reminded myself that there’s no point in being annoyed and it happens to everyone in the creative field. 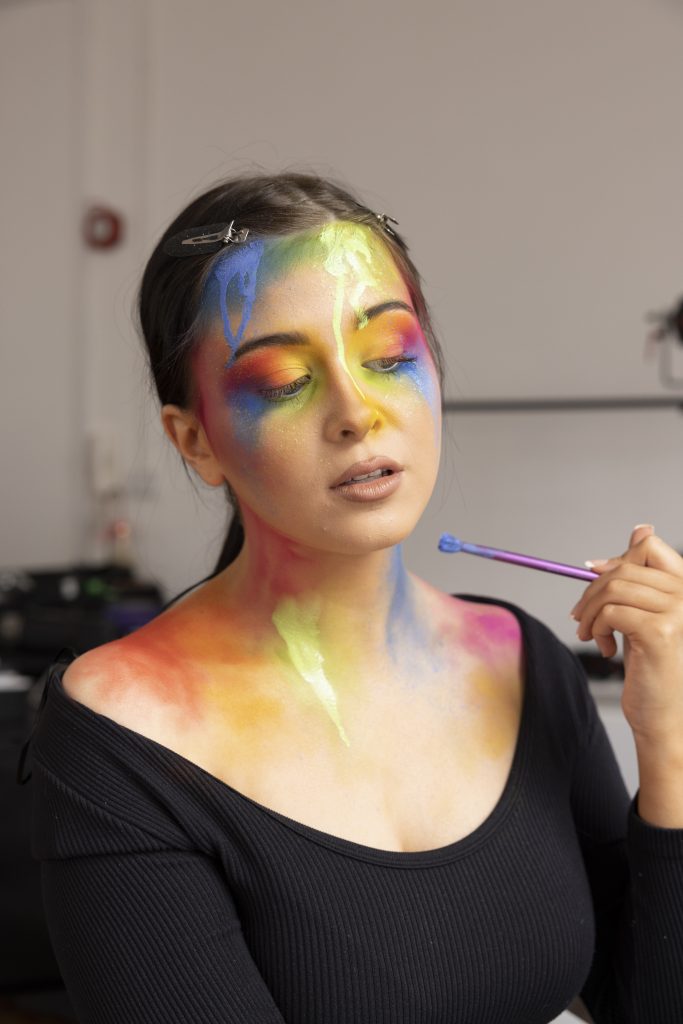 Tell me about your MUA journey.

I know it’s generic to say, but ever since I was a child I’ve always been interested in makeup. When I was a young teenager I would go out with crazy makeup, bright red lips and mad eyes but then as I got older and I started to play around with looks more. The more I did it the more I enjoyed it. When I was in first year I decided to set up a makeup account on Instagram, so I went for it and leaned in towards the creative side of makeup more and it suddenly grew. I never thought I would be doing something like this, I assumed it would be a side hobby but now it’s so much more. During the lockdowns, it really gave me a chance to develop my skills a lot more sitting at home. This is when I started to get recognised online a bit more and it’s just gone from there.

How do you juggle doing makeup with school?

During 6th year with the leaving cert, I really had no time for makeup or creating looks, so it’s been quite hard for the last year. But I always find ways to squeeze it in where I can. I’ll try to do one look every weekend, usually a Saturday night when all my friends are going out I’ll sit in and create looks. For me, it felt like this is something I have to do and the more I did it the more it began to feel like a routine. Finding time for it during 6th year was tough for sure but now I have all the time for it in the world, which is great.

I think school can be a difficult time for people who are creative and feel like they can’t fully express themselves. A lot of schools don’t allow students to wear makeup etc, so it can be a little suffocating if you are someone who likes to present yourself a certain way, so finding time outside of the classroom to experiment with that is important. 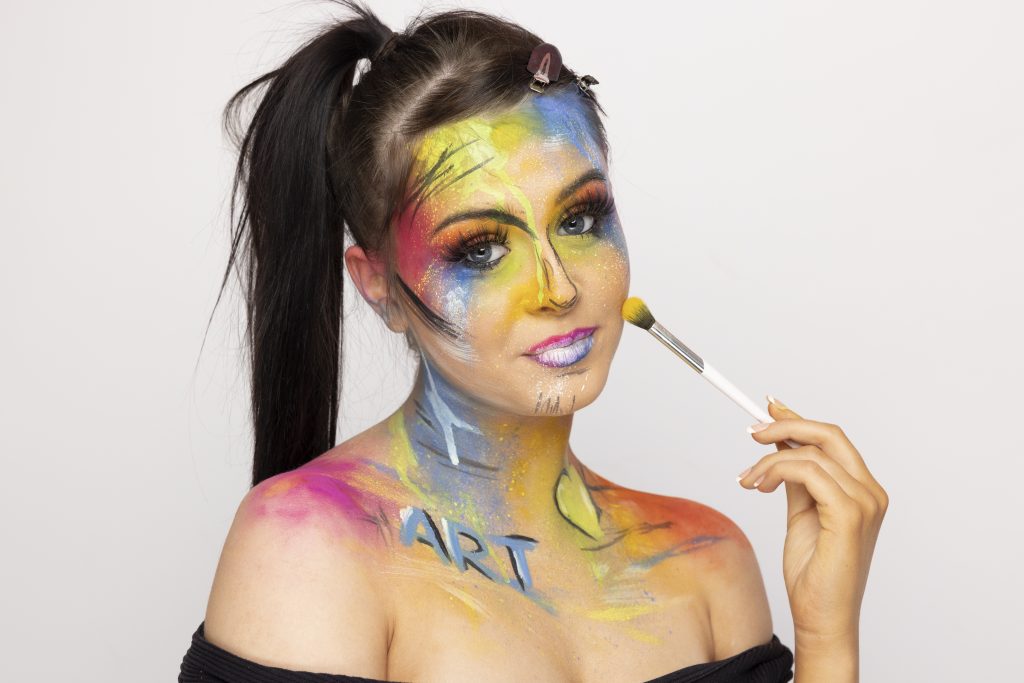 Who are your makeup icons?

I love Lady Gaga, she was a cultural reset. She really pushed the boundaries and didn’t care when people think which I can relate to a lot.

I love Tiffany from season 1 of The Glow Up, and I’m a huge fan of Keilidh Mua. It’s so funny actually, I was sitting my Irish oral for my Leaving Cert and I mentioned her during it, and turns out the examiner was a family friend of hers! I couldn’t believe it!

Do you think it’s harder or easier to be a teen breaking into the makeup industry?

I think the industry is really hard to get into, and I myself am only beginning my journey. I think if you are a teen it’s somewhat easier because when you’re starting young you can learn your techniques and skills from the ground up. Sometimes as a teen in the makeup industry you can be taken advantage of too so it’s important to look out for yourself.

What advice do you have for other teens hoping to follow a similar path?

Being active online helps too to build a following. You need to post regularly, and create an account on as many different platforms as possible – Instagram and TikTok are the main two. Keep on top of trends and interact with others, you’ll have to grow from there. 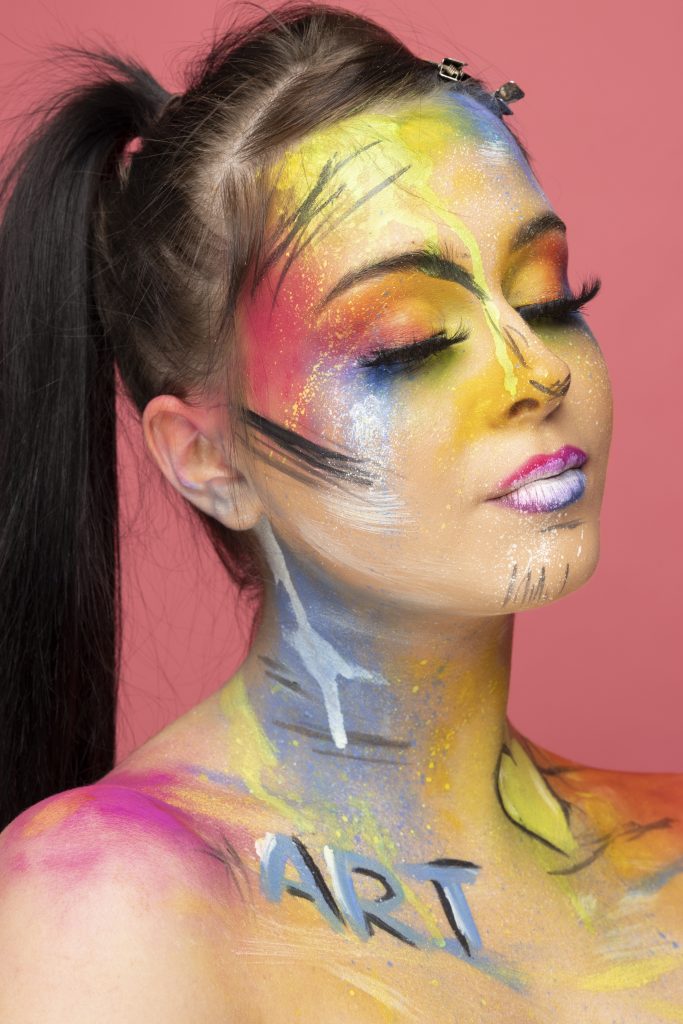 What are your plans for the future?

In September I’m going to Vanity X on George’s Street, where I will be studying for two years hopefully. Then after that my plan is to take on any opportunity that comes my way, I want to build up as much experience as possible. My main goal is to work on special effects, I want to do makeup on movie sets and my ultimate dream is to create one of those iconic looks like Harley Quinn’s from Suicide Squad, one of those makeup looks that everyone recreates.