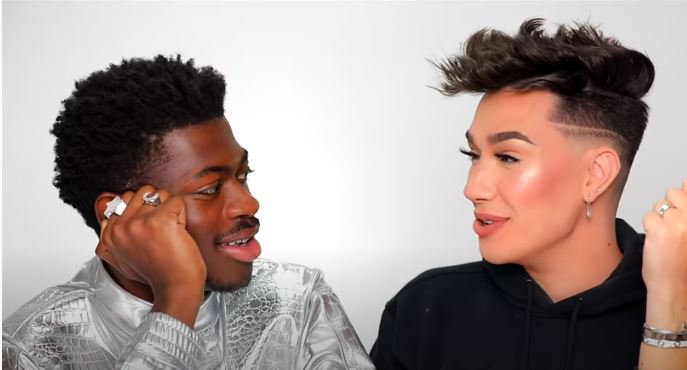 Fans are shipping Lil Nas X and James Charles after the pair did a video together on James’ channel.

James gave Lil Nas a stunning glam makeup look while they chatted about fame and their careers.

The rapper also opened up about what it was like to come out as gay saying that at first it was ‘scary as hell’.

The video racked up millions of views and fans loved the two together.

Many people began commenting on their chemistry and saying that they felt they’d make a great couple.

“Ok..are they flirting or?? I felt like i should see my way out lol,” one person said.

Another added: “when they were looking at each other really close I whispered ‘KISS'”

“They chemistry… the vibe… they way they look at each other… I ship it” another viewer commented.

“ok ok but just image them together LIKE THE POWER!!!!” another added.

And while it definitely appeared that the two were having a lot of fun and really got on, Lil Nas quickly cleared up any romance rumours with an important reminder.

“2 gay men can do things together without y’all sexualizing it,” he wrote in response to someone on Twitter.