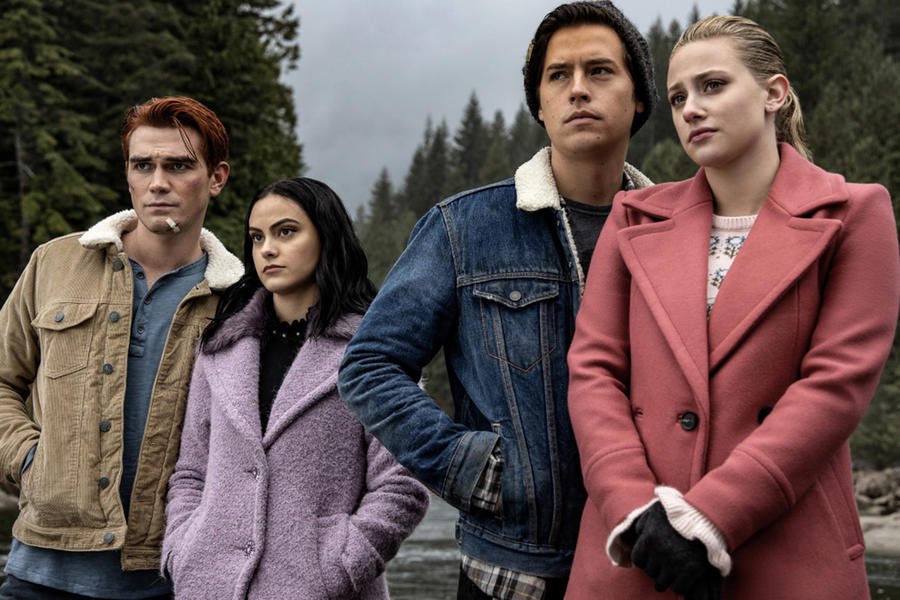 In an interview this week, Lili spoke about returning to Vancouver to film the end of season four, and season 5, of the Netflix show.

The cast and crew must stay in Canada and restrict their movement during filming, which will go on until Christmas.

“I genuinely feel like a prisoner, going back to work, because I cannot leave Canada,” she told Nylon. “That doesn’t feel good.”

“You can’t go home for Thanksgiving, can’t visit your family,” she added. “No one can come visit you unless they quarantine for two weeks. It just feels f*cked.”

Several people who read these comments felt they were insensitive as filming might be a little nicer than being in prison, and others felt it was an unfair thing to say about Canada. 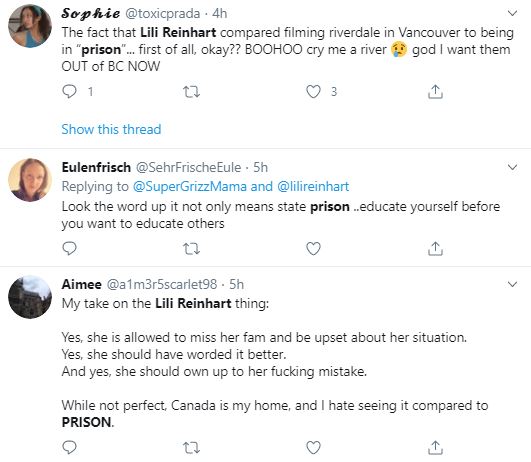 After some backlash, Lili took to Twitter to say her comments were taken out of context.

“Love it when my words are taken out of context YET AGAIN,” she said [refering to comments about feeling down, which people assumed were about her split with Cole]. “I’m not complaining about going back to work, I’m incredibly grateful to have a job. I’m sad that I can’t see my family for months on end due to travel restrictions. FFS, leave me alone”

She added: “No wonder people think I’m this pissed off girl all the time. I annoy myself having to speak up about this.”

Many fans came to Lili’s defence, saying that they knew she meant she’ll miss her family, while others feel she should have been more careful with her words.

Also preparing for Riverdale filming is Camila Mendes, who had to say goodbye to her BF. She went IG official with him in a post about going long-distance this week.

Riverdale Season Five Is Going To Have A Big Time Jump

QUIZ: How Well Do You Know Riverdale