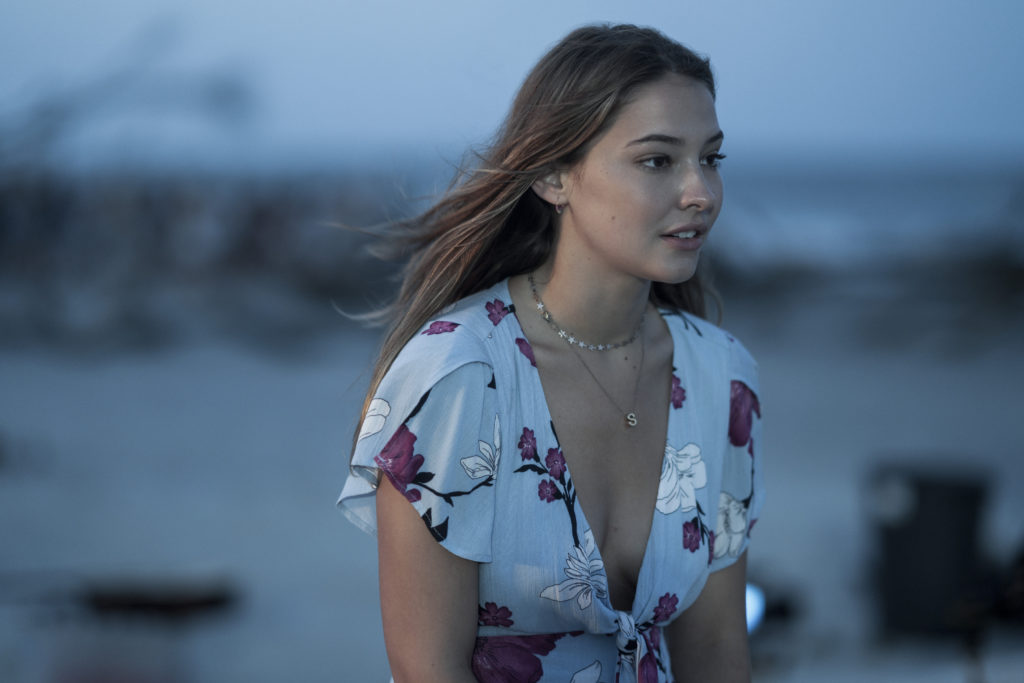 Outer Banks is set to return to Netflix for a second season in 2021, and it seems we’ve got some surprises in store.

The second season was confirmed over the summer and so we already know that it’ll pick up in The Bahamas according to their social media announcement.

But now, we’ve learned a little more about what is set to take place in the new episodes.

Madelyn Cline, who plays Sarah B in the show, just revealed an exciting twist.

“I want people to watch this without knowing too much,” she said, while adding “the mystery gets deeper”.

“This is a micro time jump,” she told Entertainment Tonight.

“[There’s] the kind of shock where you turn the page… and you read that moment and you gasp and then your mind starts going a thousand miles a minute. You’re like, ‘Oh my gosh, this is going to be so fun to shoot… This is gonna be fun and it’s gonna be shocking to watch as well.'”

While filming already began a few months ago, the cast and crew were in a spot of bother due to the noise and disruption that filming was causing.

It’s expected that season 2 will come out around April of next year and we can’t wait to see what happens!