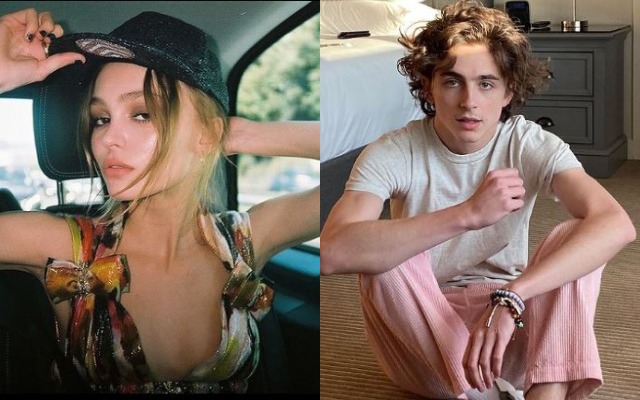 Timothée Chalamet and Lily-Rose Depp were truly one of the prettiest celeb couples on the planet.

They dated for about 18 months before splitting in April of last year.

Now though, it seems they may just be back together after nearly a year apart.

The pair were both spotted in New York this week, but it might be a bit of a stretch as they weren’t actually spotted together.

Both Lily-Rose and Timotheé were papped walking in the same area of NYC and fans feel it’s too much of a coincidence not to mean they are seeing each other again.

They were each spotted on the same morning, in the same area leading fans they are keeping a low profile as they try to make things work.

Timotheé was dating actress Eiza Gonzalez last summer, but by October it seemed that the pair had ended things.

He hasn’t yet commented on his current relationship status, but has previously spoken about his embarrassment at being papped kissing Lily-Rose on a boat.

“I went to bed that night thinking that was one of the best days of my life,” he told GQ.

“I was on this boat all day with someone I really loved, and closing my eyes, I was like, indisputably, ‘That was great.’”

However, the pics were all over the internet and media the next day, leaving him a little red-faced.

“And then waking up to all these pictures, and feeling embarrassed, and looking like a real nob? All pale?”

The star went on to say that he was shocked that people thought it wasn’t legit.

“And then people are like: This is a PR stunt. A PR stunt?! Do you think I’d want to look like that in front of all of you?!”

Maybe that’s why the pair are keeping it so casual this time around!