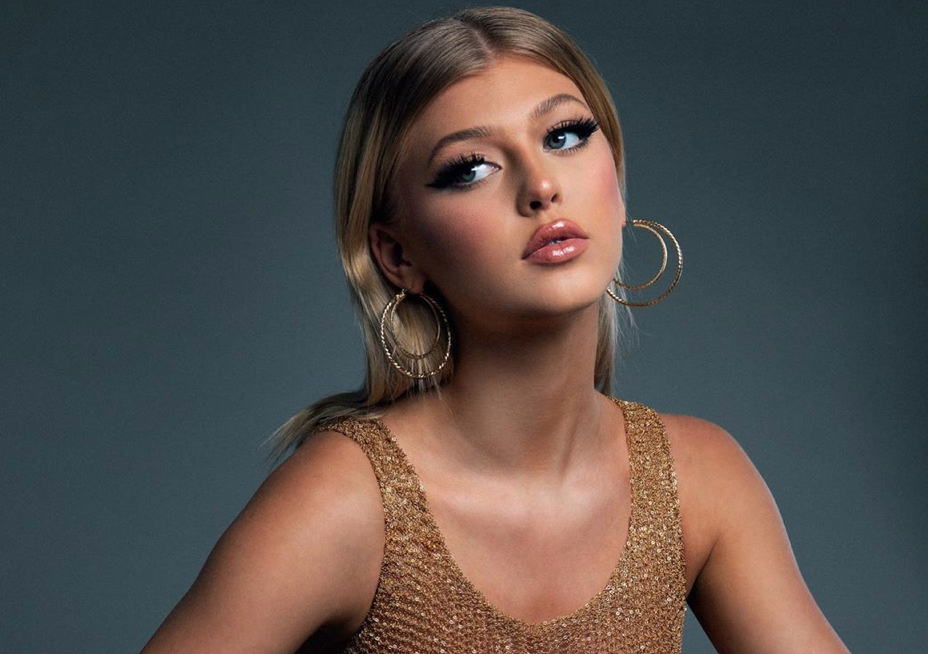 Loren Gray is one of the most popular teens on the planet right now. The singer and social media star recently released her new single Alone, and we caught up with her for a chat.

Loren joined the Zoom call looking super cute in a pair of space buns and her signature glam makeup look. She was warm and grateful when I congratulated her on her new song.  When I asked for the inspiration behind it Loren explained: “So it’s my first love song, you know getting into some new things getting out of some old things. It was really the first time that I’ve felt inspired to write a love song.”

ALONE OUT NOW ☁️ so excited to share my first lil love song with u. link in bio🤍

Loren has many songs out already and has almost 1.5 million monthly listeners on Spotify. I wondered if she could choose anyone to collaborate with on a sing who would it be?

“My favourite artists are Eminem and Taylor Swift, those are my top favourites.”

Our interview took place the same day as Taylor’s announcement of the new album, as a fellow Swifty, we couldn’t help but discuss Folklore.

“I just saw that this morning, I woke up to it I got so excited.” Loren has also made an appearance in Taylor Swift’s video for The Man, and so we spoke about that too.

“Yeah it was really great! I didn’t really know what I was walking into, you know when it’s a big artist everything’s quite secretive. I actually only ever met Taylor when she was in the full prosthetics dressed as the man, so I’ve never actually met Taylor is Taylor,” she laughed. “But she was really sweet really humble and it’s really great to see someone who so successful but so kind.”

taylor has been my ROLE MODEL pretty much as long as i can remember and i’m at a loss for words. i’m so grateful to have gotten to know her. thank you to taylor for having me be a part of this video. and thank you for sharing your heart with the world. this meant so much to me. STREAM “THE MAN” DIRECTED BY TAYLOR SWIFT🤍 @taylorswift

With the rise of TikTok, songs can go viral with the help of a dance or challenge and I wondered if Loren has considered making dances for her music.

Speaking of TikTok everyone loves Loren’s video’s and she always looks fab whether she’s full glam or all-natural. I asked for her go-to makeup product so we could have a go at creating the Loren Gray look.

“My favourite would be my foundation because I feel like that sets the tone for everything and I use the Estee Lauder double wear foundation and it’s the best one ever tried I’ve been re-buying it for the past year and it’s great.”

Loren is only 18 but has completed so much in her life so far, I asked if she finds a lot of pressure comes with her success and how she deals with trolls online; “I feel like a honestly even though I’ve done a lot I always feel like I’m not doing enough because this has been my whole childhood.

“It’s hard to sit back and say yeah I’m successful because I always feel like I could do more. But when it comes to internet trolls and that sort of thing luckily I started young so I’ve been able to grow thick skin and not take anything personally because the only reason people say negative things is because they don’t feel good about themselves and it took a while for me to learn. Anything that’s negative but constructive or there’s truth in I always take more personally, and I’ll work on things but when it’s just negative with no truth behind it and there’s nothing to it you just brush it off.” 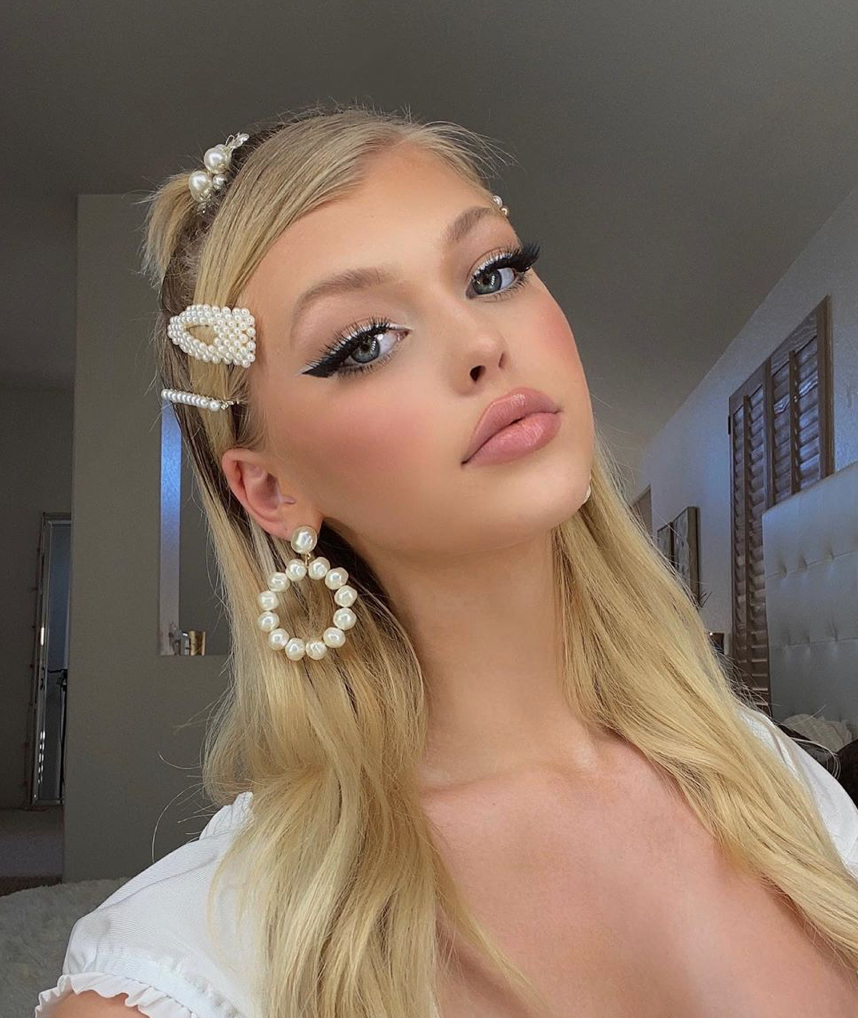 When asked if she’d ever consider joining a content house like many of the other social media stars right now Loren said: “I don’t think so, I think I work best in my house by myself that’s just kind of the environment that I’m used to. I’m friends with a lot of the kids that are in the houses, but I don’t think that I necessarily would join.”

In her downtime, Loren revealed she’s been trying out some new hobbies during the pandemic.

“I’ve been trying to cook which is been interesting because I’m not a great cook, and also I’ve been painting and I started recording my own vocals so that’s really cool to be able to work from home in the music setting as well.”

Loren has spoken out about her experience with abuse in the past and is now working with Fight Child Abuse campaign which is amazing.

Sharing her advice to anyone going through something similar, she said:  “I think the biggest thing that I wish that I would have had is you know like I feel like when I was 13 when everything happened, people weren’t open. I feel like now so many celebrities and role models have come forward with their own stories and I think it’s important that people know that they’re not alone.

“I think it is important when people are comfortable to share their stories to remind those younger girls – even older girls – that they are not alone and it’s not their fault. That’s the biggest thing that I wish I would have had.” 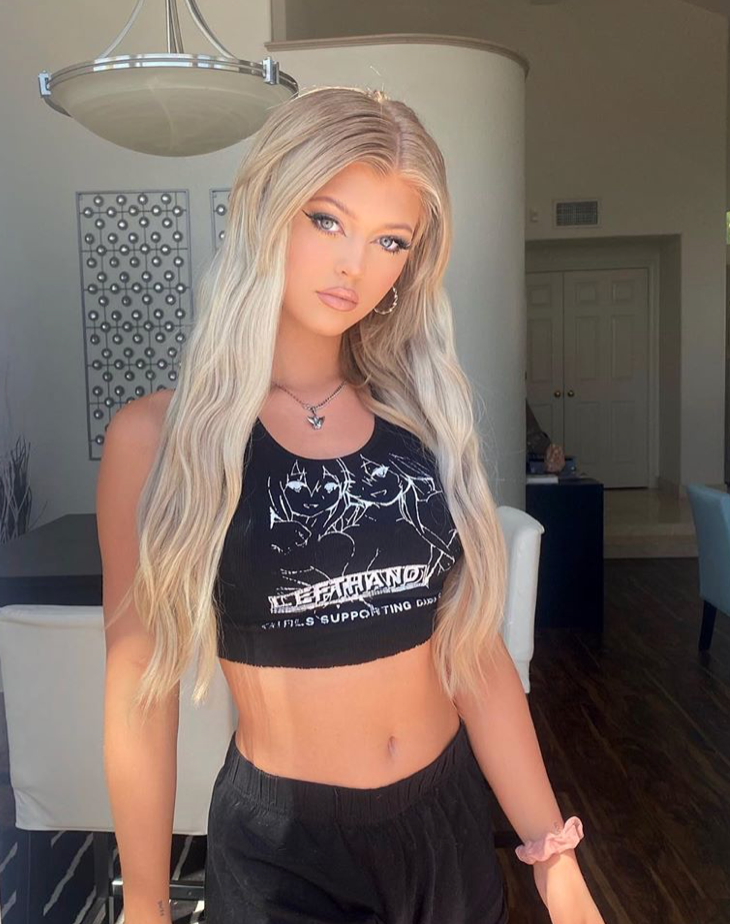 Having come through so much while still achieving her dreams and being polite and friendly, Loren’s success is inspiring. So, what’s next for her?

“Yeah so the single came out but also [I’m working on] more singles hopefully leading up to an EP so that’s what I’m working on!”

We cannot wait to see what else is coming for Loren. Alone is available to stream on Spotify and YouTube now!

*If you’d like support or information on child abuse, you can check out Oneinfour.ie