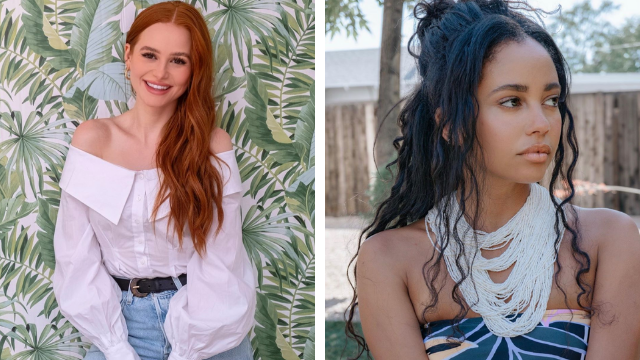 Just last week, Vanessa Morgan shared the happy news that she was pregnant with her first child. Then, the news broke that Vanessa’s husband, Michael Kopech, had filed for divorce.

Now, Madelaine Petsch has taken to Instagram to defend her friend and Riverdale costar Vanessa, after many hurtful comments surfaced online following the pregnancy and divorce news.

But let’s back up a bit. When Vanessa announced her baby news, many fans noticed that husband Michael was nowhere to be seen. Then, just six months after their wedding, he filed for divorce. One commenter who wasn’t too happy that Michael wasn’t mentioned in the pregnancy post commented, “Don’t disrespect our pitcher like that”.

That’s when Madelaine stepped in, “Honestly if I see one more comment like this I’ll lose it,” she wrote. “Vanessa is a beautiful mother to be and the hate and disrespect I’m seeing on this post about her bringing new life into this world is disgusting.”

Basically, don’t mess with Vanessa Morgan, because Madelaine Petsch will have her back.

Read Next: Loren Gray Tells KISS Why She Won’t Be Joining A TikTok Content House