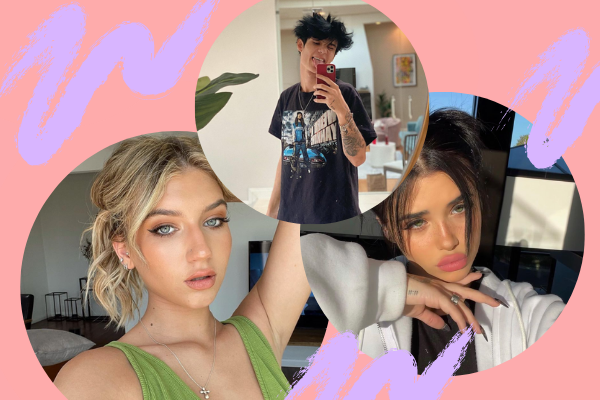 In case you missed it, there’s a whole lot of drama going on between Mads Lewis, Jaden Hossler and Nessa Barrett. Mads has now opened up to tell her own side of the story, but let’s back up a minute if you need a little reminder.

It all started with TikTok couples, Jaden and Mads, and Nessa and Josh Richards who were all super close, before everything got messy when Jaden and Nessa got together. It’s a bit of a wild ride, but there was speculation that Jaden and Nessa were together before the couples all broke up.

Jaden and Nessa went official, telling paparazzi that they’re the “happiest [they’ve] ever been.”

Now, Mads has gone on the podcast Call Her Daddy to talk about the whole situation between her ex-boyfriend and her former best friend.

Sharing that a few weeks ago when they were all hanging out together, Mads had a feeling that something wasn’t right and decided to check Jaden’s iPad. She revealed that she found voice notes from Jayden’s manager.

According to Mads, the voice notes went like this: “The feelings are mutual between you and Nessa. You just have to make sure you’re not with Mads. You just have to break up with her. Hopefully, you guys can pursue what you already started.”

So at that point, Nessa and Josh were broken up, but Jaden and Mads weren’t.

“I said, ‘You have one chance to tell me the f*cking truth,'” Mads continued. She then said that Jaden then told her he didn’t like her anymore. “I believe him because we just weren’t happy, we weren’t healthy, and we weren’t making each other happy.”

She explained that was why they broke up, insisting it wasn’t actually because of Nessa. “He did not cheat on me,” she said. “He did not get with Nessa. That’s what he said, that’s what I’m going to believe…he said he would never do that to Josh.”

Mads then revealed that she tried to call Josh to talk about the whole situation, but Josh didn’t accept her calls. It was then that she decided to post that TikTok video of a montage of Jaden and Nessa to Taylor Swift’s song, “Better Than Revenge.”

She claimed she posted the TikTok as a joke, and that the whole thing about sabotage wasn’t about Jaden cheating.

See? It’s a bit confusing, but Mads shared that she feels “at peace” about everything.

“I love Jaden,” she said. “I wish him the absolute f*cking best. I want him happy. So if him being happy is being with Nessa. Be with f*cking Nessa.”

Read Next: 10 Things You Probably Didn’t Know About Nailea Devora