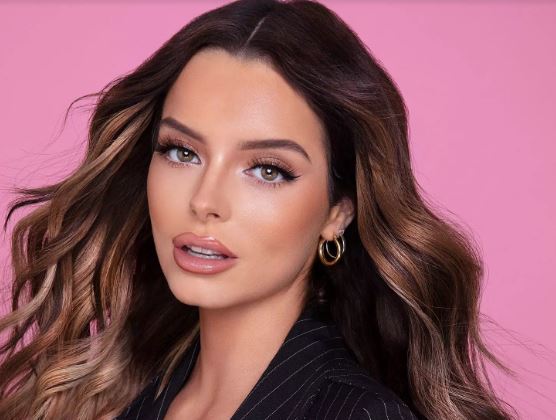 Maura Higgins is currently in Ireland quarantining and is missing her strictly star boyfriend.

The Love Island star posted a cute video of her boyfriend Giovanni Pernice rubbing curry sauce on her face saying “miss you”. If curry sauce doesn’t say love then I don’t know what does!

The pair confirmed their romance this month after weeks of rumours surrounding their relationship. They posted cute couple photos with co-ordinating captions hers saying “I’m yours” and his saying “You’re mine”.

Maura looks very loved up with Giovanni and we love to see it!

Maura is in Ireland preparing to host the new Irish makeup show The Glow Up Ireland. Filming must be taking place very soon as she shared a snap of some scripts as she was quarantining.

Speaking about the show, Maura said; “I’m so excited to be the presenter of the first ever Glow Up Ireland. Having watched the last few series of the show in the UK this is such an amazing opportunity and the fact that this is my first presenting job and it’s in Ireland is so overwhelming.”

“It’s such a pinch me moment to be doing this back in my home country. I actually can’t believe it. Obviously we’re expecting a very high standard of Irish talent to come forward. Applications are now open so get in touch to be in with a chance of landing one of the top ten coveted spots on the show.”

The show will see chosen candidates competing across eight episodes, showing off their technical know-how, skill, artistry and imagination as they are challenged in a range of real-world assignments rooted in authenticity and tasked with creating make-up transformations in Glow Up HQ.

At the end of it all, just one contestant will be crowned Ireland’s Next Make-Up Star.