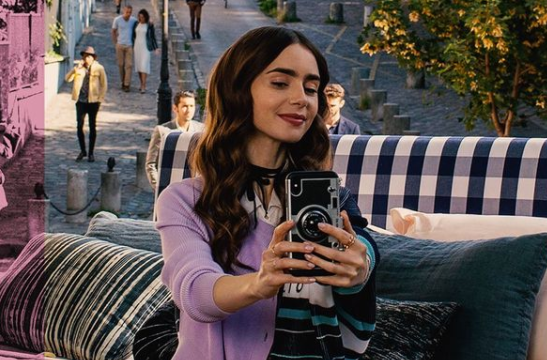 We’re only delighted that there’s going to be a second season. And what’s even more exciting is all the new faces joining the show.

Season one left off with Emily (Lily Collins) learning her love interest Gabriel (Lucas Bravo) is staying in Paris after all. But, Gabriel’s ex-girlfriend Camille (Camille Razat) revealed she wasn’t quite over the chef just yet. Who doesn’t love a dramatic love triangle!

To add to the already complex situation, Netflix has revealed a new man named Alfie is heading Emily’s way. Alfie, played by Lucien Laviscount is described as “a sarcastic and charming cynic.”

According to the Netflix press release Alfie’s a London native working for a UK bank in Paris. He refuses to adapt to the French culture and “he enjoys teasing Emily.” He sounds well, interesting right?

Arnaud will play Laurent G, a Saint Tropez nightclub owner, who agrees to promote one of Emily’s brands. However, the relationship between Arnaud and Savoir, the marketing firm Emily works for is described as “more complicated than marketing.”

It seems everything is “complicated” in season two!

And the suspense don’t stop there as William Abadie who plays Antoine Lambert has been made a series regular. But it seems there’s trouble brewing between Antoine and chef Gabriel over the restaurant they went into business over.” The drama really never ends!

We have so much to look forward to for the next season of the show. But for now we’re off to rewatch season one and dream about eating croissants in Paris!

♥ Filming Has Started For Emily In Paris Season 2!