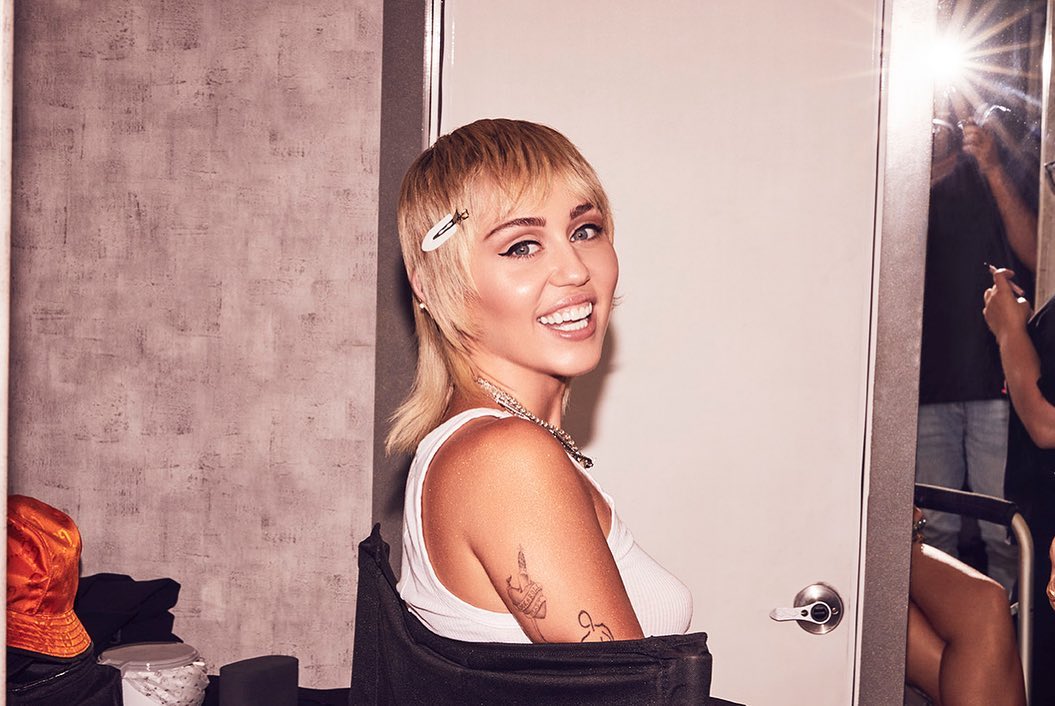 Miley Cyrus is all loved up.

The singer has been linked to a new man, and she seems super happy.

She was first spotted with Maxx Morando over the summer, and in November they attended the Gucci Love Parade runway show together.

Then over Christmas Miley was papped cosying up to Maxx on an apartment balcony.

So of course, fans went wild taking this as confirmation that they were a couple.

Has Miley spoken about him before?

Miley first name-dropped Maxx back in September while talking to Vogue .

At the time she spoke about Shane Kastl’s “one-of-kind collaboration” with Maxx.

“This look is a one-of-a-kind collaboration between two of my favorite emerging artists, Maxx Morando and Shane Kastl,” she said.

“Shane used existing pieces I’ve collected over time and customized Maxx’s cartoon characters [within] his construction… their collaboration is the perfect example of sustainability becoming the next fashion phase, and it proves that anything can be reinvented, which resonates with me deeply.”

Fans also think that Miley’s song You is about Maxx too!

Has Miley or Maxx confirmed the relationship?

Neither Miley nor Maxx have confirmed their relationship however, sources have said as much.

They added that they couple first bonded over their love of music and that it’s now, “it’s official between them.”

Who is Maxx Morando?

Maxx is a drummer who plays for Los Angeles rock band Liily.

He is also involved and interested in fashion and design having worked on the collab with Shane Kastl and also designing t-shirts and merch online.

He has a design page on Instagram called The Big Fish which currently has one item posted.

Miley previously dated Cody Simpson in 2020 after her split from husband Liam Hemsworth.