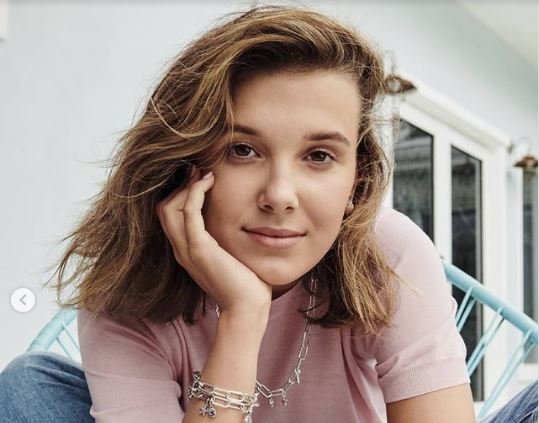 Millie Bobby Brown has spoken out about claims Hunter Echo made about their relationship, via a statement from her team.

The TikTok star whose real name is Hunter Ecimovic came under fire this month after claiming he ‘groomed’ Millie Bobby Brown.

In an Instagram Live, he claimed that they had a relationship when she was just 16 and he was 20.

During the Livestream, Hunter said he ‘groomed’ the young actress and added he “was living in Millie’s house for eight months.” He even went on to say “Everything I did was completely legal,” adding: “It was approved by everyone that I was with.” According to Complex, via Teen Vogue, Ecimovic lives in California, where the age of consent is 18.

This came after pics of the pair together circulated online.

Hunter’s TikTok and Instagram accounts have since been deactivated.

He reportedly apologised in a follow up TikTok, which has now been deleted, adding “It should have never happened in the first place.”

“There are already stories that are completely not correct or never said,” he continued. “It’s all being fabricated.”

“I never groomed her. I never put pressure on her to like me,” he reportedly wrote according to Insider.

Now, Millie Bobby Brown’s team has issued a statement to Teen Vogue adding that they are taking action against the claims.

The Stranger Things star’s team said: “Mr. Ecimovic’s remarks on social media are not only dishonest but also are irresponsible, offensive, and hateful,”. “Instead of engaging in a public discourse with him through the press or on social media, we are taking action to ensure that he stops this behavior once and for all.”

Teen Vogue did not specify what kind of action they were taking or if Hunter and Millie had a relationship of any kind.

Grooming is when someone older than you befriends you, and builds up your trust with the intent of harming you or coercing you or having an inappropriate relationship with you. This can be online or in person. If ever you feel unsafe or worried you’re being groomed, you should always talk to an adult you can trust, like a parent or teacher, or you can reach out to an anonymous organisation like Childline on 1800 66 66 66 or their text line 50101.