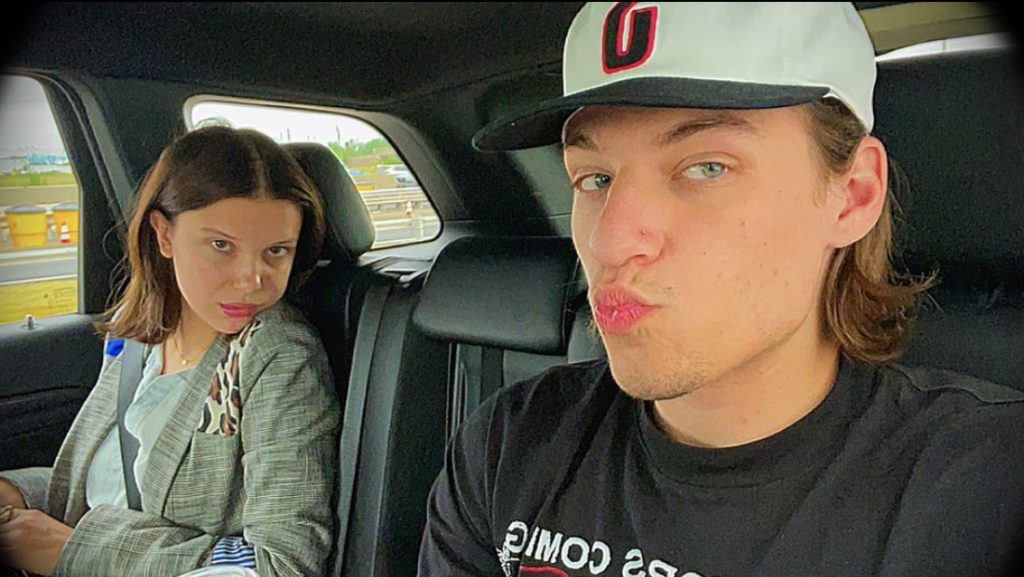 So in today’s celeb couples news: Millie Bobby Brown was spotted out and about with her rumoured new boyfriend, Jake Bongiovi. The two were looking pretty cosy and cute, too.

If you haven’t heard of Jake before, it might be worth asking your parents about his dad. It turns out, Jake’s dad is Jon Bon Jovi, the lead singer of the band Bon Jovi.

After some rumours floating about, the pair were spotted having a stroll through New York City, taking turns carrying Millie’s dog, Winnie, in a tote bag.

Ofc, fans noticed Jake and Millie’s Instagram pics and comments recently, with Jake sharing a pic of them both on his Instagram with the caption ‘bff <3’. But, this is the first time they were spotted in public together.

Neither Millie or Jake have commented on their relationship just yet, but it’s safe to say that they’re already being shipped on Twitter. One person wrote “no but if millie and jake are still together by time st4 comes out imagine the premiere carpet pics they’ll eat it up”, while another said, “millie and jake with their cute outfits holding hands & shopping in new york.. yeah they got me”.

Another tweet read: “millie and jake are so cute to me”. Yep, we agree.

This comes after Millie and her previous boyfriend, Joseph Robinson, split in August of 2020 after dating for eight months. According to sources at the time, it all came down to their busy schedules, while Millie was splitting her time between the UK and the US.

A source who spoke to The Sun shared at the time:

“They were very full-on and happy to show it on social media, but it seems as though things have just run their course. The time apart has obviously been challenging. They’re both flying in their careers at the moment.”

We’ll just be over here, patiently waiting for these two cuties to make their red carpet debut.