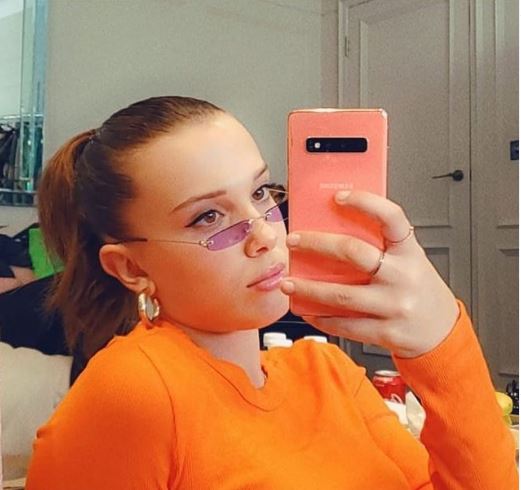 Millie Bobby Brown is getting real about growing up in the public eye.

The actress shot to fame as Eleven in Stranger Things, at just 12 years old.

Over the years, she’s gained huge levels of fame due to the Netflix show and movies like Enola Holmes and the Godzilla movies.

Now though, almost 6 years on, Millie feels that some people want her to stay a child forever.

This means that there is pressure from the public eye in everything that she does.

“So being a young girl, people watch you grow up, right? And they’ve almost become invested in your growth and your journey. But they aren’t ready to accept the fact that you’re growing up.”

The star explained that her style exploration can often be a problem for some people.

She went on to explain that people have to let her grow and evolve in her own way.

“They’re not accepting it and I’ve completely accepted it,” she said. “You know, I’m ready. I’m like, ‘It’s been a while. Let me wear a high heel!’”

“I’m not going to be playing those young girls anymore and it’s kind of like, I have 50 million people like my parents,” Mills explained.

It can be super tough in your teen years for those around you to accept your growing up, from parents to siblings and even teachers, so we can’t imagine how tough it must be for Millie to do this in front of millions of people.

No one needs to be in any hurry to grow up, but it’s also part of life and we need to embrace that too!