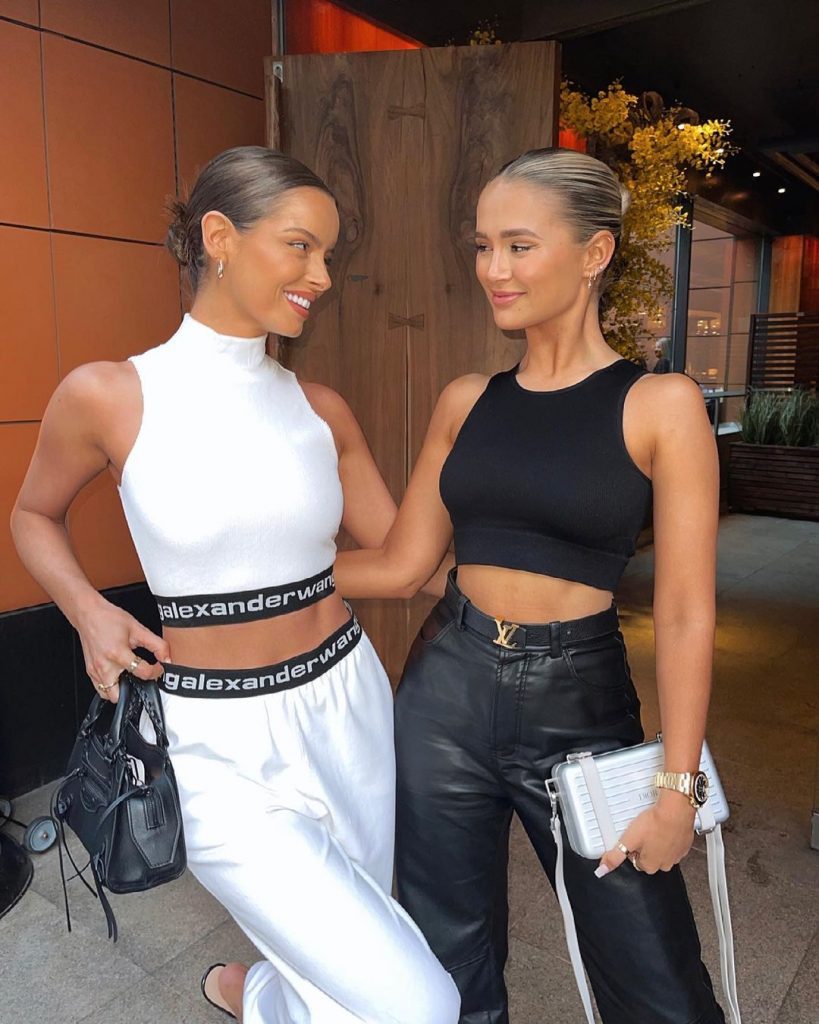 Molly Mae has addressed rumours that her friend Maura Higgins has moved in with her after her recent break-up. The two Love Island stars have been close friends since they both appeared on the reality show back in 2019.

Since restrictions have lifted in the UK, and Maura revealed she had broken up with Chris Taylor many eagle eyed fans noticed they had been spending a lot of time together. After Maura had shared a few snaps from Molly’s home in Chiswick, some fans had wondered if she was living with her at the moment for some extra support.

In an Instagram Q&A from this weekend Molly was asked directly; “Has Maura moved in with you?” and she responded “No. We are in the same support bubble.” 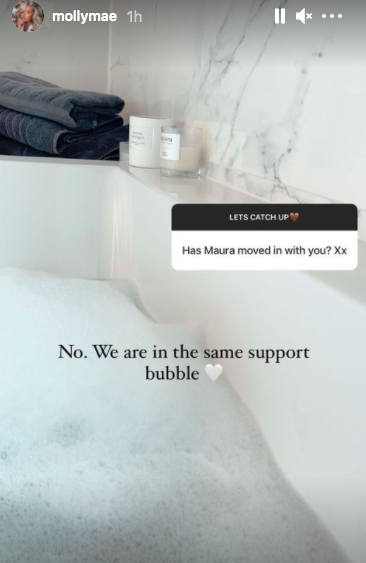 The Longford native announced just last week that she and boyfriend, Chris Taylor had decided to call it quits.

The reality star shared the news on Instagram writing; “It breaks my heart to say this but I wanted to let everyone know that myself and Chris have made the joint decision to end our relationship.”

“There is no wrongdoing on either side… We still love, care and respect each other deeply. From the minute we met each other we’ve been very close friends and that will never change.”

She continued, “There is no regret. Life is about taking chances. We wanted to make this work but we have realised we work better being friends.”

“Whilst I appreciate people may speculate or create false stories, this is the truth. I wish Chris nothing but the best and I will always be one of his biggest supporters.”

Chris also shared the news online, revealing the pair hope to remain friends despite the breakup. “We are both still on very good terms and this was a mutual decision where nobody had done anything wrong,” he said.

“We will remain friends, as we have been since day 1 and I will always be in Maura’s corner and have her back.

“We are both going through a tough time with this at the moment, so please take any speculation with a metric tonne of salt, cos this is the only truth (and as always trolls can kindly f*** off).

“Thank you for all the love and support you’ve given us, it’s been truly appreciated.”

The couple announced their relationship back in November, with friends and fans commenting that it was about time they got together.

The two appeared to be getting pretty serious in early 2021, even discussing marriage and their future together.

Both Maura and Chris claim that there is no bad blood involved in the split so here’s hoping they’ll both be okay and in the meantime she has her bestie, Molly to look after her.