Molly-Mae Hague has called out a troll for sending her a very nasty message.

The Love Island star shared a screenshot of DM she got after she said she had lost her phone.

“Oh poor you, you spoilt brat there are more important problems in this world, people suffering to a much higher degree,” the woman replied.

“You are so SHALLOW, VACUOUS and USELESS to society. Thick materialistic FAT cow.” 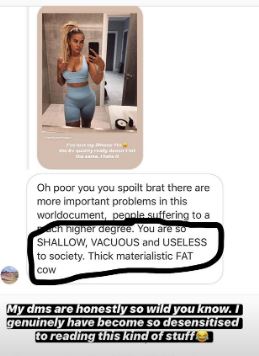 Taking it on the chin, Molly-Mae said: “My dms are honestly so wild you know. I genuinely have become so desensitised to reading this kind of stuff.”

The 21-year-old likely got messages of support from her followers, as she posted another message to reassure fans that she was okay. 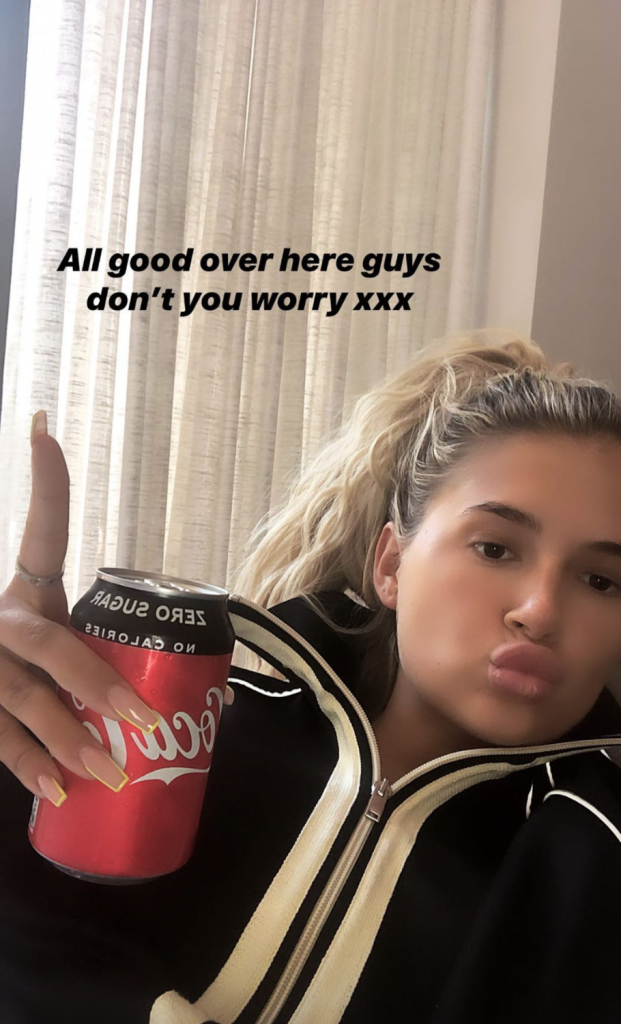 This comes after Molly-Mae received negative comments from people under a photo of her in a bikini (where, we must say, she looked FAB!).

She responded by saying: “I would genuinely love to know who writes these comments? Like how can you actually write s**t like that and sleep at night? Beyond me.”

It goes without saying but sending people nasty messages is pointless and hurtful for everyone involved. Trolling will upset the person in question and it won’t make you feel any better about yourself either.

Read More: Are You Guilty Of Being A Social Media Troll?

Read More: Five Rules To Practice To Be Kinder Online