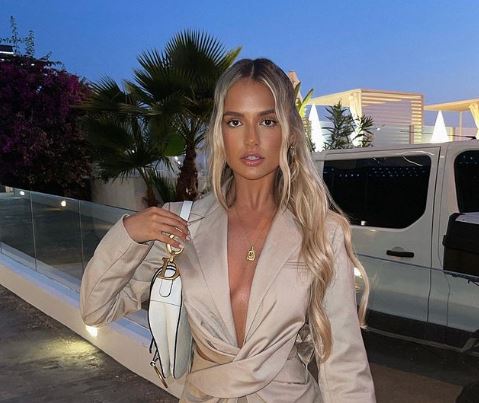 Molly Mae Hague has issued an apology after comments she made last week.

The influencer came under fire for comments about hard work on a podcast.

While speaking on Diary Of A CEO Molly Mae said she ‘worked her a** off’ to achieve her dreams, and how anyone can do the same.

“You’re given one life and it’s down to you what you do with it. You can literally go in any direction.”

Acknowledging that she’s come under fire for similar comments before, she added:

“When I’ve spoken about that in the past I have been slammed a little bit, with people saying, ‘It’s easy for you to say that because you’ve not grown up in poverty, so for you to sit there and say we all have the same 24 hours in a day is not correct.’”

“But, technically, what I’m saying is correct. We do.”

Since the podcast was released, Molly Mae got a lot of criticism from people who pointed out that she failed to acknowledge her privilege and that being successful isn’t as simple as working hard, as not everyone has the same opportunities in life.

Now, she has returned to social media, commenting for the first time on the controversy. 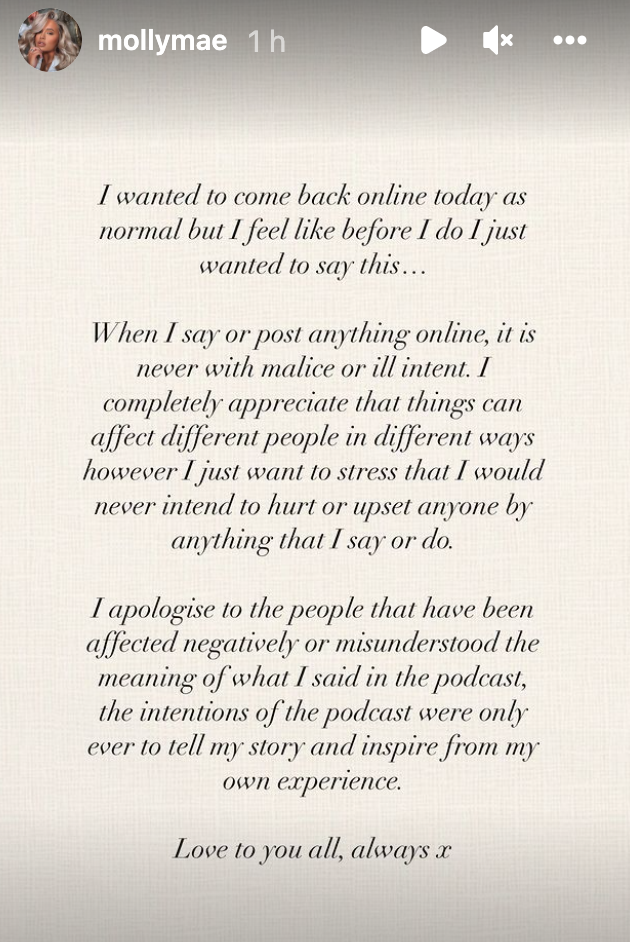 “I wanted to come back online today as normal but I feel like before I do I just wanted to say this…When I say or post anything online, it is never with malice or ill intent,” she wrote on Instagram Stories.

“I completely appreciate that things can affect different people in different ways however I just want to stress that I would never intend to hurt or upset anyone by anything that I say or do.”

She added: “I apologise to the people that have been affected negatively or misunderstood the meaning of what I said in the podcast, the intentions of the podcast were only ever to tell my story and inspire from my own experience. Love to you all, always x”

Of course, everyone makes mistakes and it’s important to learn from them and move forward, which we hope Molly Mae will do.