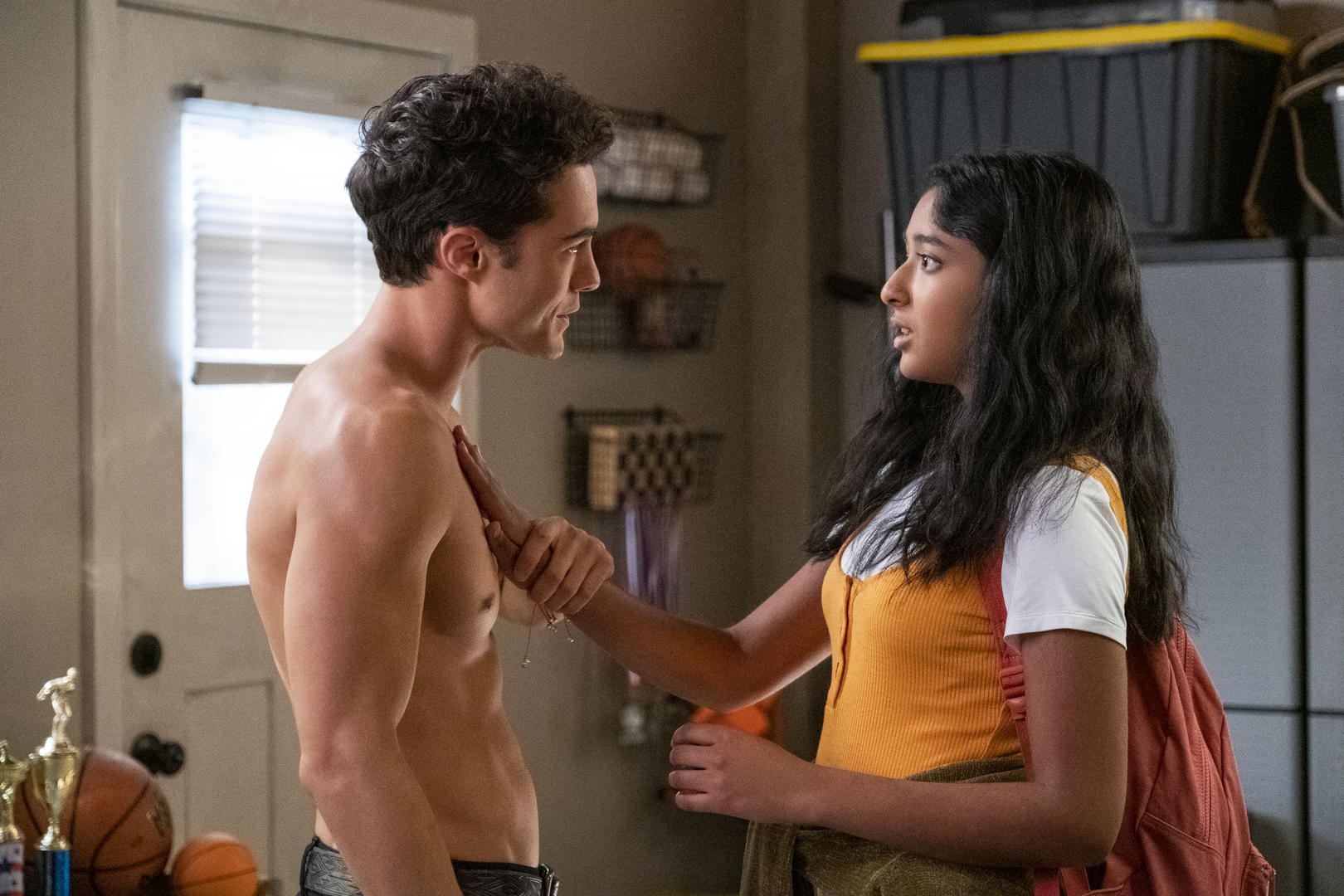 If you watched all of Never Have I Ever on Netflix, you’re probably like us, watching and waiting for a series 2 announcement.

If you haven’t got around to watching it yet, go do it… like right now.

The good news is the show has officially been confirmed for a second season which means we get to find out what happens with Devi, Paxton and Ben.

The announcement was made in a gas video in which Maitreyi Ramakrishnan tries to tell her co-stars the exciting news.

Instead, the gang all focus on the fact that Maitreyi, who plays Devi, got bangs, aka a fringe.

The show was created by Mindy Kaling, from The Mindy Project and The Office and it’s full of humour and heart and it’s totally relatable.

We’re so excited to see where season 2 takes the girls.

It hasn’t yet been announced when they’ll start shooting but it’s expecting it will come out early in 2021.

What we do know is that the last season ended with everyone being friends with Devi again and a bit of a love triangle.

So we’re willing to bet season two will be about Devi trying to figure that out.