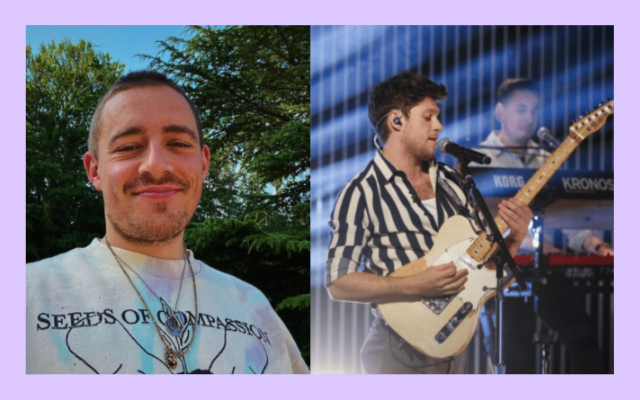 Two of our favourite Irish stars have collaborated and our dreams have basically come true.

Dermot Kennedy has revealed that he and Niall Horan actually worked on a song together during the past year.

Speaking to followers on Instagram Live, Dermot explained that he’d hope to work with Niall in the future.

“I’d definitely make music with Niall Horan… I mean, I guess technically did.”

He went on to explain: “We did a little song during lockdown. He said he had an idea and needed a chorus, so I wrote a chorus and sent it back to him… so that exists.”

But before you get ready to stream the track on repeat and get it climbing up the charts, we may never actually hear the tune.

Dermot went on to say that he’s not sure what’s happening with the project and it that it may never be released.

He previously told Ray Darcy on RTE Radio One, that it’s really up to Niall whether the song gets released.

“It lives with [Niall], you’ll have to follow up with him!” Dermot explained. He added: “The amount of this stuff [collaborations] that goes on and it may never see the light of day. Who knows? It’s a Good tune.”

Here’s hoping the two Irish lads surprise us with a track sometime soon!

It’s been a busy week for Dermot, who appeared on The Ellen Degeneres Show with Meduza, performing their hit track Paradise.