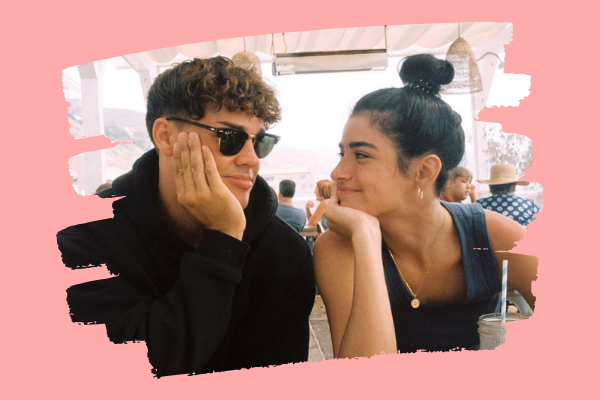 Dixie D’Amelio and Noah Beck are one of those couples that are too cute for words, and as TikTok couples seem to be breaking up here there and everywhere, they’re showing that they’re in it for the long haul.

Noah joined Dixie on her podcast, Charli and Dixie: 2 Chix, to chat about their relationship as they answered questions from fans. One person had asked about how Dixie reacted when Noah told her that he loved her for the first time.

It turns out it happened when Noah was taking part in Dixie’s music video for ‘Be Happy’, which is kind of cute.

“The cameras were rotating around us and [the crew] was like, ‘Be normal. Talk how you would in this situation,'” Noah said. “So we were just chatting and then there was a little awkward silence and you were like, ‘You literally hate me’…and I was like, ‘Stop, I literally love you.'”

But Dixie didn’t say anything in response, explaining, “I thought it was a complete accident so I didn’t want to say it back”. Which understandable left Noah feeling a little awkward.

So afterwards, Dixie asked Noah if he meant what he said. He explained that he did but he didn’t actually mean for it to come out the way it did.

“If I would have drove home…knowing that you didn’t say it back, I would have been so embarrassed,” Noah admitted.

Read Next: Addison Rae Explains Why She Can Relate To Britney Spears