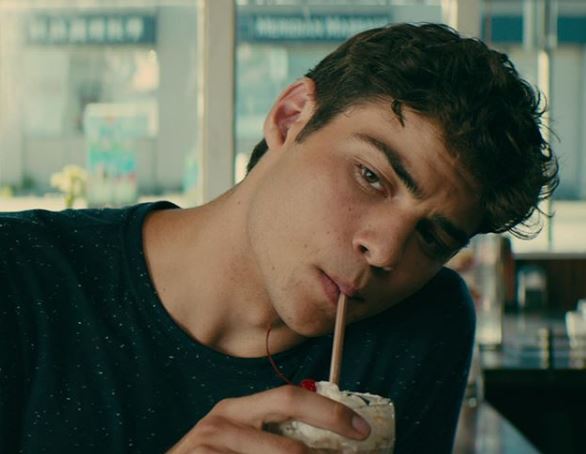 As you probably know, To All The Boys I’ve Loved Before is getting a third instalment on Netflix.

And while we don’t know when Always and Forever, Lara Jean is hitting our screens, the co-stars gave us a treat this week.

Noah Centineo And Lana Condor aka Peter and Lara Jean reunited virtually this week for a table read of the third movie.

This was for an extremely important cause, as Lana explained on IG.

“I’m so excited to be partnering with @favorednations in the fight against racial injustice and inequality in our country. ⁣⁣To raise money for organizations leading these efforts, Noah and I will be doing a live table read event, along with important messages from activists and artists from the Black community. ⁣⁣Together, let’s learn more about systemic racism and how we can create change.⁣⁣ ❤️”

The video featured information and education on the Black Lives Matter movement, as well as scene reads for the first and second To All The Boys movies.

The sneak peek of the third movie, was saved till last and it’s got us super excited for the Netflix film.

Noah sets the scene, explaining that it takes place at late at their local diner.

“I thought you’d get in, but I was honestly a little nervous about what would happen if you didn’t,” Peter tells Lara Jean, most likely talking about college. “Yeah, totally,” she distractedly responds. “Listen, Peter, there’s something that I need to tell you.”

While the characters enjoy blueberry pancakes, Peter reminds Lara Jean of their first time at the diner when they were pretending to be a couple. He adds that he knew right there he was falling in love with her and asks her to prom.

And so, Lara Jean doesn’t get to say what’s on her mind.  “There’s some discord. I don’t really know if Peter is picking up what Lara Jean is putting down,” Condor teased during the livestream.

You can watch the scene below at the 53 minute mark: