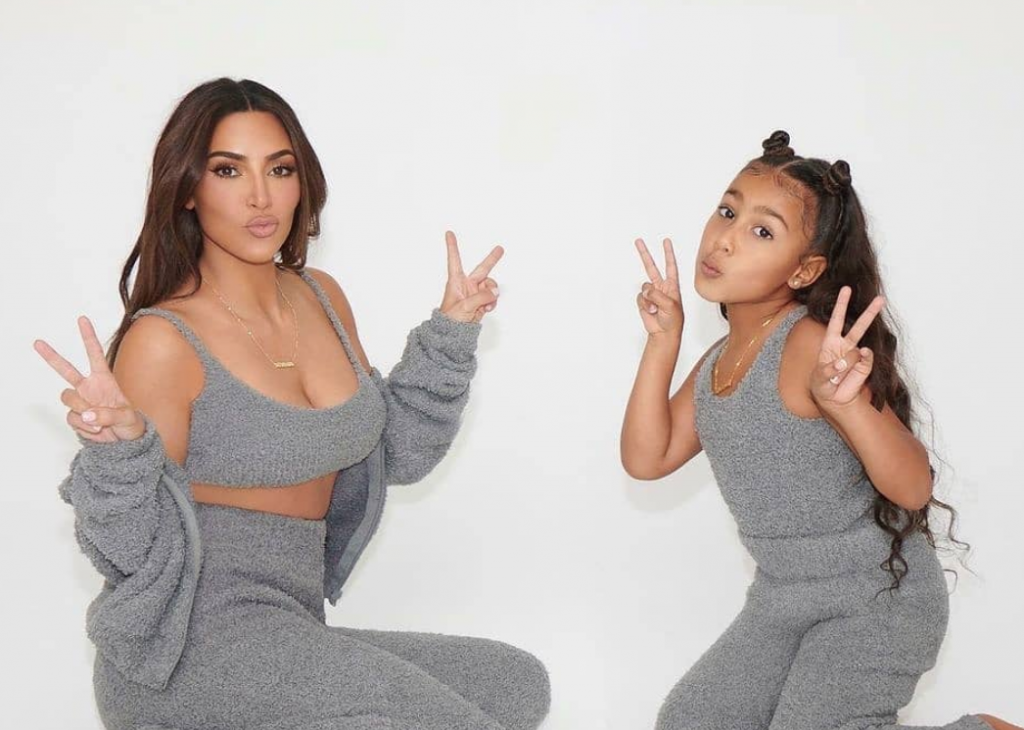 Queen of sass North West is at it again with her absolutely hilarious call outs toward mother Kim Kardashian.

North and Kim have an adorable mother-daughter relationship, which also means there’s no filter between them, North knows when Kim is acting a little different and she’s going to point it out.

Kim was posting a #ad on her Insta stories this week when North copped her business voice taking over, interrupting her mom’s video she asked, “Why do you talk different?”.

Kim asks what she means and North elaborates that Kim speaks different in videos than she does in real life. Kim responded with “From my videos? I’m the same human being. I don’t talk different”.

North then proceeded to imitate Kim’s video voice which had her cousin Penelope (Kourtney Kardashian’s daughter) laughing and agreeing that Kim sounds like that.

North West’s online alter ego Nori’s Black Book, run by a woman pretending to be North, is always coming out with hilarious, North esque captions and comments about the family (we will leave an example below) and North actually acting how we imagine her to be is just the icing on the cake.

This isn’t the first time that North has called out her mom, it’s actually quite a regular thing.

One of the most memorable moments was when she accused Kim of lying when she said she listens to Olivia Rodrigo’s song drivers licence saying, “You never listen to it”.

There’s no getting anything past Northy!

We kind of hope that there will be a Keeping Up With The Kardashian’s reboot just in time to catch North’s teenage years, if she’s this sassy now, just imagine how hilarious she will be then.

Keep it up North!