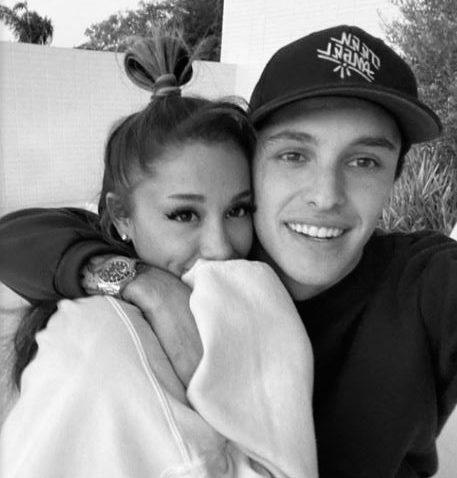 When Ariana Grande and Dalton Gomez announced their engagement last year the internet lost it. While many were excited to see Ari so visibly happy, others voiced their concerns that the two may have rushed into things a little.

It now looks like fans are not the only people who have those concerns however, as Entertainment Tonight has reported that some of Ariana’s close friends have said that she may be moving a little too fast.

Agreeing that the two are most definitely in love, they said: “They’re very in love right now, but friends think the engagement was somewhat rushed and are skeptical that the relationship will ultimately be short-lived.”

But that skepticism from some friends isn’t getting Ariana and Dalton down, as the source continued:

“They’re mainly keeping to themselves and just enjoying their time together.”

Ariana and Dalton are rumoured to be dating for just under a year now. The two were first spotted out and about together in February of last year, and went social media official when Dalton appeared in the music video for Ariana’s new single ‘Stuck With U’.

The two also spent Christmas together this year, with Ari sharing some snaps of them at her house with close friends and family on her Instagram. As for when exactly the two will be tying the knot we’re not sure yet, but we will be sure to keep you updated in the meantime.