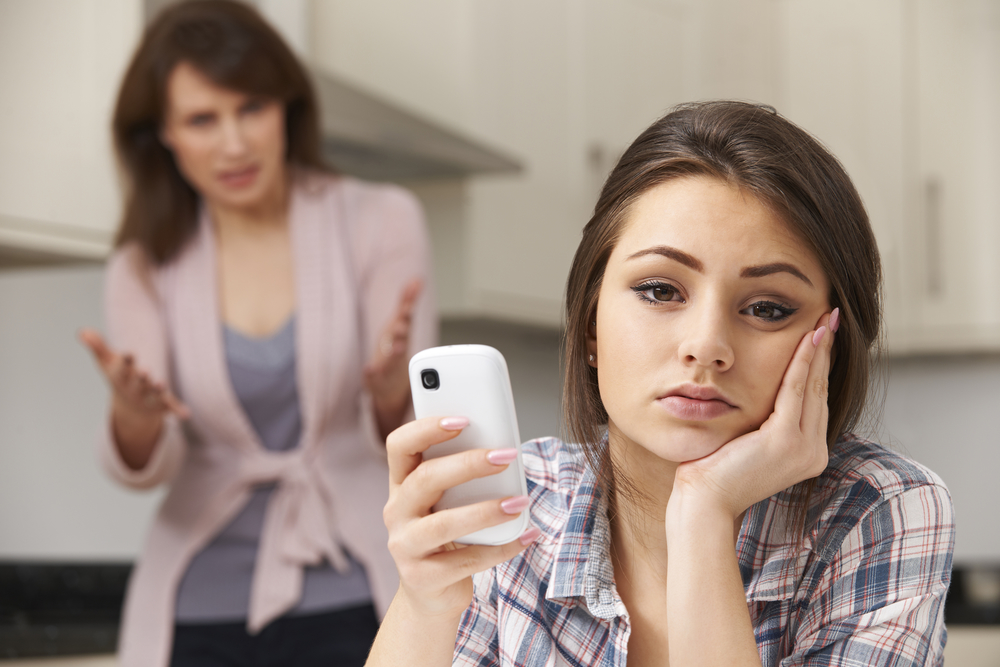 It’s a fact – teens clash with parents. Always have, always will. Sometimes it’s like they just don’t understand you… or don’t want to. Other times it seems that they deliberately set out to try and ruin your life.

Honestly, you’d think that they had better things to do than constantly worry about you?! However, all is not lost and there are actually different ways to overcome certain squabbles.

In fact, with the following handy hints, you may find your house a battle free zone in no time. Okay, maybe not quite ‘battle free’ but you will find that world war III can somethings be avoided. Ready?

Wardrobe Wars – They’re not happy with your new outfit

You buy the most amazing dress in River Island. You bring it home, put it on, and as your checking yourself out in the mirror, you envisage arriving at next Saturday’s party. Tom, the bloke you’ve been secretly crushing on for an entire three months will be standing there with his eyes out on stalks as he gets a load of you. Then, after mopping up his drool, he’ll make his way over to you and as your eyes meet… Suddenly your fantasy daydream is rudely interrupted by the sound of your dad yelling ‘OVER MY DEAD BODY ARE YOU LEAVING THE HOUSE IN THAT GET UP!’ Hhm. Okay, you’re now thinking, number one, it’s your body, you can wear what you like. And Number two, who the hell says ‘get up’ anyway?

Game Plan: First off, you cannot lose your cool. Screaming back that your dad has no right, let alone clue will not get you anywhere. In fact, you’ll be going nowhere. Instead, what you’ve got to do is reason. Try to explain to your dad, or mum or whoever is taking issue with your outfit, that you are merely keeping up with up with current fashion trends and trying to find your own style.

Produce a Pinterest or Insta post which shows some celebs wearing similar styles that might help win them over. They may even admire that their daughter is somewhat of a trendy teen. However, bear in mind, if your outfit looks a little on the skimpy side, they may have a good point! Remember that leaving something to the imagination is always so much sexier and more attractive than putting all your mates out on show!

Friendly Fire – They think your bestie is a bad influence

Have your parents ever asked: “If (insert best friend’s name) jumped off a cliff, would you follow her?” Yep! Thought so.
All parents accuse their kids of being too influenced by their friends. When you think about it though, the chances are, you and your best bud are probably pretty similar. Without realising it you might talk the same, walk the same and dress alike. In fact, the only thing you don’t share is your taste in guys… which is a good thing when you think about it. It’d be hard not to be alike in some ways considering the amount of time you spend in each other’s pockets.

Game Plan: Now your parent’s aren’t trying to diss or annoy you here, they’re just so terrified of peer pressure and the problems it can create. If your mum or dad sees you acting just like your (wilder) friend they will automatically think you’re doing everything that she is doing too. And they’re probably not far wrong in many cases. If you don’t want to get too much grief from the folks, prove to them that you are your own person. Start becoming a bit more of an individual and stop saying yes to your friends all the time. Finally, show them that you can make your own mind up and that they have nothing to worry about. They’ll soon come round, you watch.

Nothing puts the fear of God into parents quite like the first partner. Sure, your mam and dad spooned you purified apricots, changed your nappies, calmed you down when you hysterically (and unfairly) accused your cousin of hogging the limelight at your fourth birthday party and clapped like maniacs when you stole the show at your school play. Now their darling daughter is all grown up and has even discovered relationships. Sometimes your parents can have a hard time with coming around to you growing up and becoming interested in romance. So how to you ensure that the next time your potential love interest pops around that your parents don’t give them the 3rd degree?

Game Plan: Well, it’s simple really. All you have to do is PROVE to them that you’re mature and sensible enough to have a partner. Don’t turn up three hours past your curfew, don’t arrive home with lipgloss smeared all over your face, or with your shirt buttoned up the wrong way! And don’t spend every waking hour on your phone Snapping lover boy/girl.

In short, do not give them a reason to give out. They’re going to be watching you like a hawk and if they see that you’re slacking with homework or household chores they’re going to come down on you like a ton of bricks! Start acting like an adult and they’ll eventually have to start treating you like one.

Mind Games – Too much phone time, not enough study

You’re on the phone Snapping your best friend even though you’ve just spent the entire day at school with her. Yes, you still have some very urgent matters to discuss. For example, it’s positively imperative that the two of you get to the bottom of why you didn’t quite manage to get your tan right around the elbows. So you’re in a deep conversation when your mam barges in and barks at you to get off your phone to get some study done. SO Unnecessary.

Game Plan: Okay, so this is where a little negotiation and a lot of reasoning comes in. If your folks are hitting the roof because you don’t belt it up to your room to hit the books the minute you come home, then you have to remind them you’ve just spent seven hours at school slogging away, and you deserve a little respite. Explain that you’re aware you have some homework to do and will start in 30 minutes time. Now, make sure you start it when you say you will otherwise the entire operation will be ruined.

However, if you are verging on the lazy side and could easily spend the entire evening slobbing out, then admit this to the powers that be and tell them you’re going to try harder. A good idea would be to draw up a study plan and give yourself allocated breaks. Then, give the folks a copy, that way, everything wins… and you still get to see Home and Away. Nice One.

You invite your new BFF Sharon back to your place and before you can say ‘don’t you just love her piercing’ your mum is practically throwing her out of the house by her new extensions. In the nicest possible way, of course. Next thing you know, they’re demanding that you never hang out with Sharon ever again. Judging by the way they’ve just carried on, you’d think she was the devil’s spawn. What’s all that about?

Game Plan: Right, now there can be a few reasons for your parents to take an instant dislike to a mate. The most likely one being that your mum, dad or guardians combined their super-duper, finely tuned Bad Friend Radar and it’s picked up on something not good. It might only be a hunch or a gut feeling but it’s enough to send them into ultra-protective mode and before you know it, they’re forbidding you from ever seeing her again.

Now, we hate to say it, but as much as you think they’re overreacting they may just be right. Parents have this thing called ‘experience’ on their side and like it or not, nine times out of ten, they’re right. Listen to what they have to say, look at it from their perspective and you may just see where they’re coming from. And remember, they’re doing it because they care!

On Again- Off Again – You just keep fighting

So, you’ve just had the row from hell with your parents (yet again). It started off innocently enough (something as dumb as unloading the dishwasher, you think) and before you know it it’s turned into a full-scale nightmare, with name-calling, door slamming, the works. You’re sure nobody else in the world has parents as mean, or fights as nasty and you don’t know what to do.

Game Plan: Well, if it feels like you’re constantly at logger heads with your parents, it’s not only natural but completely normal. After all, you are a teenager trying to find your feel and you have about a billion overactive hormones sending you crazy every so often. You also have two people whose number one priority is to look after you.

What you have to really try to remember is that your parents haven’t been put on this earth to make your life hell. The reason they give you grief…and tell you off and all that stuff is because they love you. Yes, they do. Think about it. How would you feel if you were given complete free reign? Yeah, it would be a bit of craic for a while but it feels a whole lot nicer know that your parents care for you and are there for you, always. Keep this in mind at the next screaming back, or just before the screams start to avoid all the hassle.