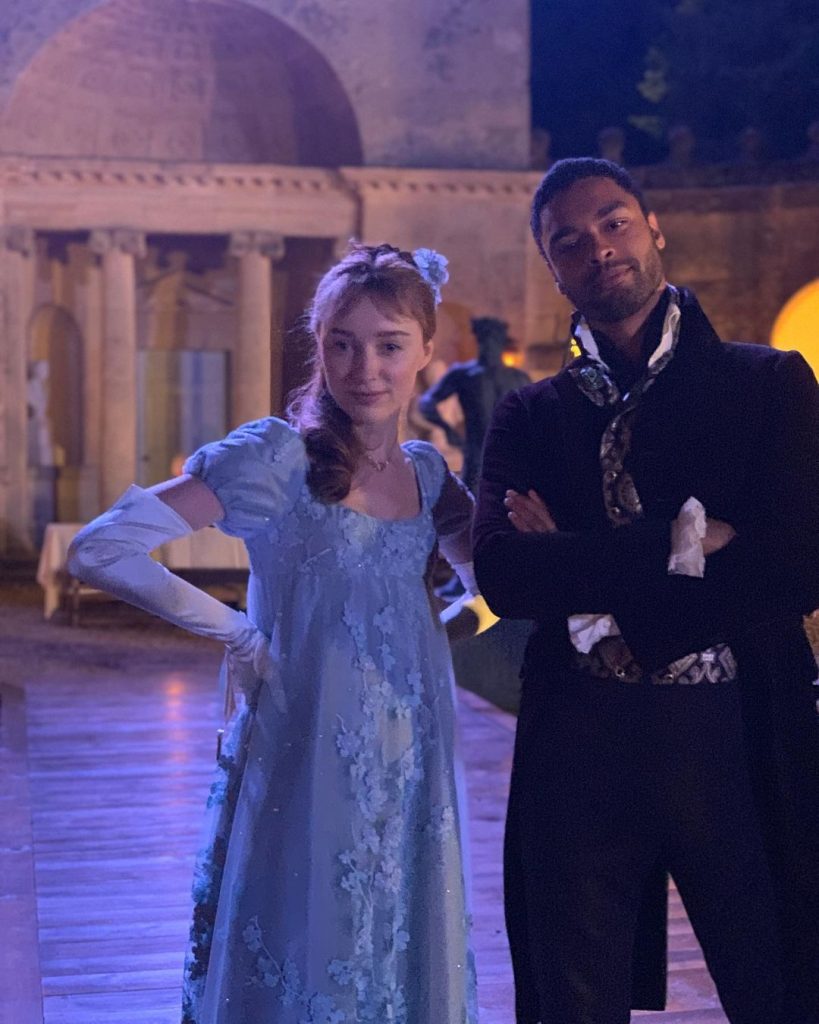 After Bridgerton quite literally took the world by storm earlier this year, we all collectively fell in love with hearthrob, The Duke. There was lots to like about the show such as, the scandal, the costumes and of course breakout star Regé-Jean Page.

That’s why it came as such a shock last month when it was revealed he wouldn’t be returning for season two of the hit period drama.

Now, his co-star and on screen romance, Phoebe Dynevor has finally shared her thoughts on the subject in a new interview. Speaking on the Variety Awards Circuit Podcast she said; “I had a bit of a heads up, so I knew. But yeah, I guess it is a spanner.”

“But again, the show centres around the Bridgertons and there are eight books. And I think maybe the fans of the books were more aware of that happening than the fans of the show.”

Continuing the 26-year-old added; “Because I think the fans of the books know that every episode is about a different sibling. And we’re very much passing on the baton to the lovely Johnny, who plays Anthony and that will be the main storyline of season two and the story arc of season two.”

In an Instagram post at the start of April the 31-year-old Regé shared a snap of him in character captioned; “The ride of a life time.”

“It’s been an absolute pleasure and a privilege to be your Duke. Joining this family – not just on screen, but off screen too. Our incredibly creative and generous cast, crew, outstanding fans – it’s all been beyond anything I could have imagined. The love is real.”

The news was also revealed at the time by none other than Lady Whistledown herself, in a society page posted on the Bridgerton Instagram account reading; “Dear Readers, while all eyes turn to Lord Anthony Bridgerton’s quest to find a Viscountess, we bid adieu to Regé-Jean Page, who so triumphantly played the Duke of Hastings.”

“We’ll miss Simon’s presence onscreen, but he will always be a part of the Bridgerton family. Daphne will remain a devoted wife and sister, helping her brother navigate the upcoming social season and what it has to offer – more intrigue and romance than my readers may be able to bear.”

Although we have had some time to adjust to the news, and show producers have been getting us seriously hyped for season two (as well as news of a spin-off series) we’re still not quite over the fact that The Duke will not be returning. There’s always season three, right?