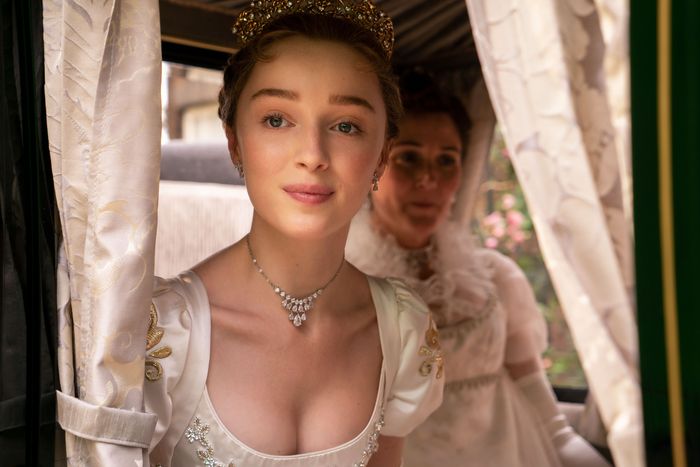 We’ve all heard success stories about stars about actors who got their big break just as they were about to quit.

Phoebe Dynevor is the latest celeb to share her story of success just as she was set to give up.

The actress who plays Daphne in Bridgerton told Jimmy Fallon that she was set to come home to England after trying to make it in the UK, until she was called for an audition to read with Regé-Jean Page, who plays the Duke.

“I had been living in L.A. for about nine months, and I was kind of at that point where I was ready to go home and sort of throw in the towel,” she told Jimmy on The Tonight Show.

“Then I got a call saying, ‘Can you come in and read with Regé [Jean Page] next week?’ And I was like, ‘Oh God, well that’s annoying because I’ve got to move my flight,’ and I was like, ‘I hope it pays off.’ I didn’t think anything of it.”

Thankfully, Netflix was eager to get her on board.

“Then the next day they were like, ‘Netflix will pay for your flight back to London because you’ve got to be in rehearsals on Monday.’ So it did pay off!”

The show went on to become one of the biggest Netflix hits since it was released on Christmas day.

We bet she’s glad she held off for that audition!

♥ Good News, Bridgerton Is Getting A New Spin-Off Series!