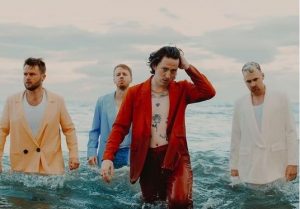 We’ve all missed concerts so much over the past year and even when we book tickets they often get cancelled or they’re way off in the distance.

So we were super excited to see that Picture This have announced three gigs for this year.

The band will play three nights in the INEC Arena in Killarney in December.

“KILLARNEY!! We are playing THREE shows at the INEC Arena in December!! Tickets on sale Friday June 18th at 9am!! Please act fast to avoid disappointment,” they said on Instagram.