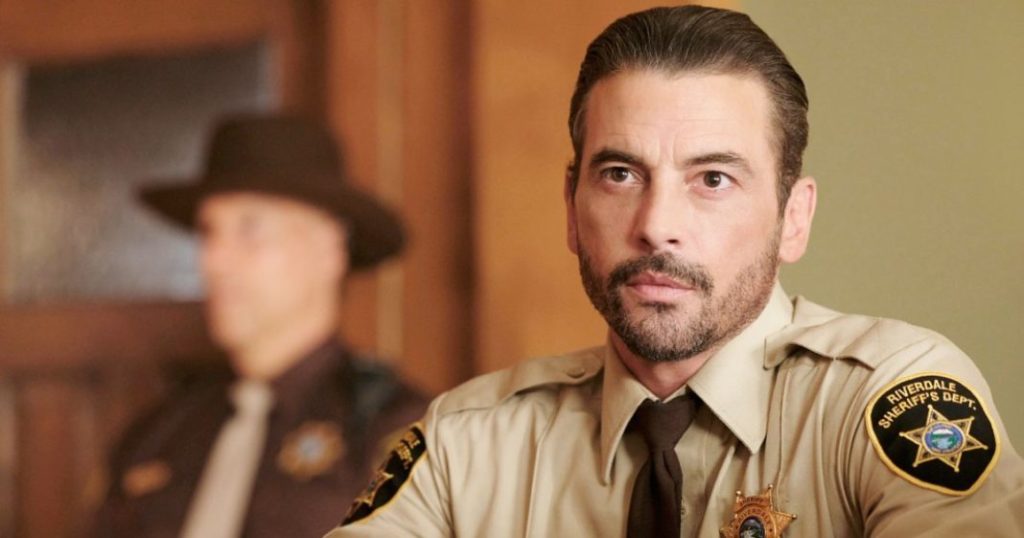 It’s been a strange few weeks for the Riverdale cast who are currently filming in Vancouver, Canada.

The cast and crew have to isolate from family and friends and maintain social distancing while filming takes place.

So it’s probably a pretty strange and emotional time ot be finishing up on the show.

Taking to Instagram, Skeet posted an emotional tribute to the show and friends he made along the way.

“Goodbye Riverdale…thank you for introducing me to some lifelong friendships and so many beautiful souls,” he wrote.

Vanessa Morgan, who plays Toni, wrote: “No!!😭”, while Madelaine Petsch who plays Cheryl wrote: “I love you”

Lili Reinhart added: “I can’t survive without the dad jokes 😞”

Riverdale creator Roberto Aguirre-Sacasa added: “Last day…for now! Thank you, Skeet, for everything. Don’t be a stranger, in life, nor on the show. There will always be a hook for you to hang your Serpent jacket on in Riverdale. ❤️🏆🐍🚀”

In February, it was announced the Skeet would leave the Netflix show, along with Marisol Nichols, who plays Veronica’s mother Hermione.

“I’m proud to have been part of such a talented group of people, in front of the camera and behind. But I’ve decided that it’s time for me to move on to explore other creative opportunities,” Skeet told TVLine at the time.

At the time Marisol said: “I had an incredible time bringing Hermione Lodge to life and working with my amazing cast, who became family.”

“We had so many wonderful times together during the highest of highs and the lowest of lows. We really do have the best fans ever. I am looking forward to the next chapter and am excited about the future.”

Lili Reinhart Cleared Up Comments About Riverdale Filming Being Like Prison