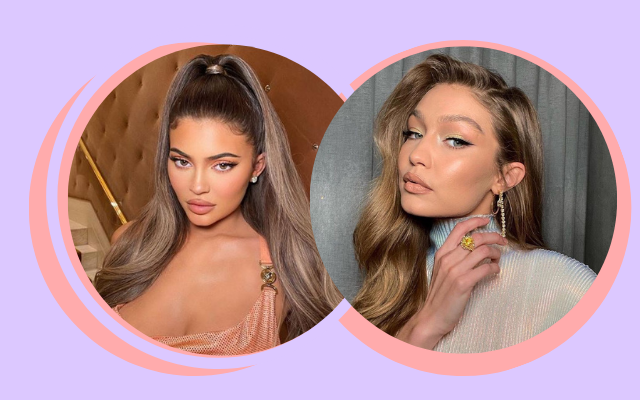 Social media can be an amazing place, but sometimes it can put pressure on us and make us feel like we have to look a certain way because all our favourite influencers and celebs do. The next time you’re scrolling online and focusing on someone’s ‘perfect’ figure or shiny hair, there are a few things we want you to remember:

They use photo editing

We can’t stress enough the damage that photo editing has caused to people’s self-esteem. The person you might be jealous of probably doesn’t even look like she does in the picture you’re looking at. You have to love who you are in real life and in front of people’s eye, so changing your appearance using an app, to post on social media, can never truly bring you happiness.

When celebrities and influencers sell products, work on TV, star in music videos and all the rest, they are expected to look a certain way. This means that part of their job is to look ‘attractive’ to help sell their product. Most people who have jobs don’t have to look a certain way for the job that they do, and that’s a good thing. The way you look should not measure how good or bad you would be at a certain role, but in Celeb-land working out, having makeup on, having nice hair, and perfect teeth is often all part of their job. If they weren’t celebs, they definitely wouldn’t look as ‘perfect’ as they do whenever you see them.

You don’t see them on their days off

Often when we’re scrolling, we’re sitting in our PJs, with a messy bun, no makeup, and maybe even some spot cream on our face. While there is nothing wrong with being au natural, we’re probably not feeling super glam. Do you ever think that maybe celebs don’t look as perfect on their days off? Sure we’ve seen ‘no-makeup’ selfies of celebs sitting at home, but I mean what they really honestly look like at 9pm on a weekday when they aren’t doing something glam. If you had a glam team behind you, we bet you’d feel just as fab!

They have personal trainers and a whole beauty team

Most celebs have personal trainers that get them to do all sorts of really tough training which often isn’t very fun. Yes, working out and exercising is so good for you and so important, but they’re workout schedules are often totally unrealistic and time-consuming. The rigorous training routines along with on-hand hairdressers, makeup artists, stylists and even chefs, mean that they have people looking after most of their needs and focusing on making them look a certain way. Without the beauty team they might look a little more like you and me, which isn’t a bad thing!

They get cosmetic surgery

A huge factor in most celebs looking very similar is cosmetic surgery. Sadly in Hollywood, it’s really rare that a celeb doesn’t have some sort of work done, whether it’s their nose, their face shape or their curves. The sad thing about this is that these women don’t get to embrace their natural beauty because of current beauty standards that are expected. Another scary thing about this is that many celebs are changing their face and body to look right for what 2020 thinks ‘right’ means, but body types and looks go in and out of popularity, so what are they supposed to do when a totally different look because the cool one? It’s a battle you’ll never win. Doesn’t sound too fun right? Which brings us to our next point…

They generally have to adhere to a certain type of beauty

Generally, there is a certain type of beauty look that is popular depending on the decade or even the year. So in the 1950s curves were embraced and larger figures were considered the ‘most’ beautiful (as if it works that way!) then you look at a decade like the 1990s, when being super thin and straight-sized was the ‘most popular’ body type. Now in 2020, there is pressure on many girls to have curvy bodies but also flat stomachs. But what if you’re born with a certain type of figure naturally, and it doesn’t happen to be the body type that’s the most popular right now. It all seems a bit ridiculous, doesn’t it? Your body type and your looks could one day become the most sought after body type and appearance of that era? And you spend time sitting there hating it? Seems like a waste right?

Next time you’re feeling crap about yourself because of someone on Instagram, remember these six points above. These celebs don’t even look like they do on social media, and they’re adhering to a very specific type of beauty that is popular right now, remembering these things will hopefully help you see your natural beauty.

Feeling A Little Low? Here’s How To Boost Your Confidence In Minutes