It’s an age-old question, how do you know if you just have a crush on someone, or if you’re actually falling in love? Well, now that we’re indoors for the foreseeable future, switching between studying and Netflix, at least we have the time to get our heads around things, and have a good think. Right? So, here are all the signs that point to something that’s a little more than a crush.

Any other crushes you’ve had are out of your mind

Any other slight crushes you’ve had before seem pretty unimportant. That guy in your English class is just a bit meh now, you’re not even that bothered when you see their name pop up on your phone.

You switch from being nervy to super comfortable

Remember that time when you’d be chatting to your crush, and almost terrified you’d say something that’s just downright mortifying yourself. But now? Nah. Even if you did blurt out something kind of embarrassing, you’d both have a laugh and move on. Everything is super chill.

You’re not worried over when they’re gonna text

Once you part ways after school, you’re not even worried if they’re gonna text you. Why? Well, because you know their text is coming, hey, you might even drop the first text of the day.

There’s no more fretting over planning the perfect date, because you’re both pretty happy to do anything as long as the other person is there. Romantic post-isolation walks down the Tesco aisle? Too cute.

But other planned events are pretty big

No, we’re not talking weddings, thank you. But you’ve no problem planning things you both want to do in a couple of months. You’re not worried about inviting them to your cousin’s 21st in two months, because you have a good feeling that they’re still gonna be around. 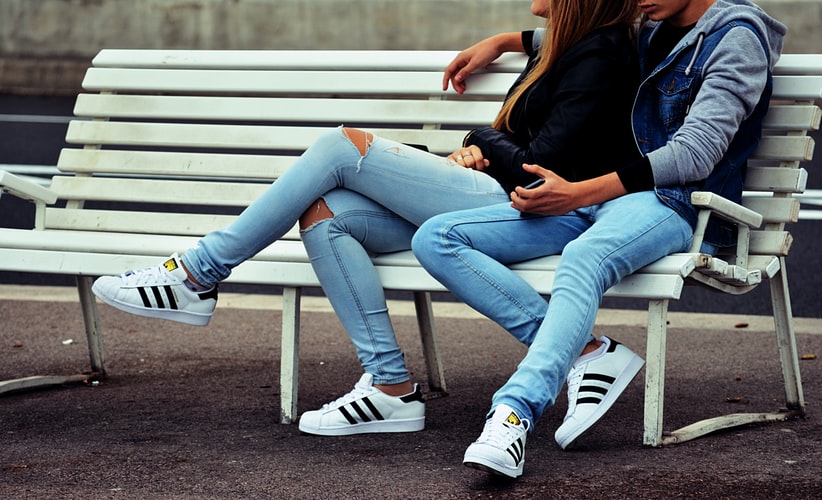 Because you know they’re as mad about you as you are about them. Sure why wouldn’t they? You’re great.

You can talk about anything and everything

There are no more awkward silences, or ‘what you doing now’ texts. The conversation just flows, and it’s never been easier.

And there’s more inside jokes than you can count

Anyone else listening in to your conversations wouldn’t have a clue what’s going on, because you both have so many inside jokes that leave the two of you with face pains from laughing so much. And you wouldn’t have it any other way.

Your family and friends know all about them

Not only because you can’t stop talking about them, but your sister has even met them. And hey, they’re going to be meeting everyone else at your cousin’s 21st anyway, so you may as well tell all.

You no longer have to run any texts by the gals

There’s no need for 12 messages in the group chat to decode your other half’s Snapchats, you know exactly what they mean and what you’re going to reply. There’s no hard work here!