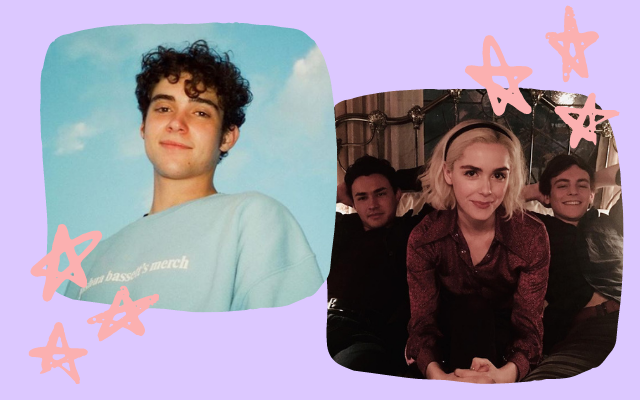 Joshua Bassett is best known for his role as Ricky in High School Musical, The Musical, The Series (as well as all that Drivers License stuff, let’s be honest!) but it turns out he could have had a very different role.

The actor auditioned for The Chilling Adventures of Sabrina, and was pretty close to getting the role!

He was in the lead to play Harvey in the hit Netflix show, which eventually went to Ross Lynch.

“I started coming out to LA when I was about 16.  There were a handful of roles. I was really close to the role in Sabrina the Teenage Witch. It was down to me and Ross Lynch. And he got it, I’m super happy for him,” he told Buzzfeed Celeb.

The actor went on to say he really wanted the role, but now feels like it all turned out okay.

“But yeah, I was definitely, like, really hoping for that one. There’s a couple others. But that one, I guess, stands out to the one where… I was like, I got really close. And I was really excited about it. And it just didn’t work out. But, ultimately, everything worked out.”

As we know, it worked out pretty well as he got the lead role in HSM:TM:TS and the second season is set to land soon.

Just hunting down that audition tape, you?!