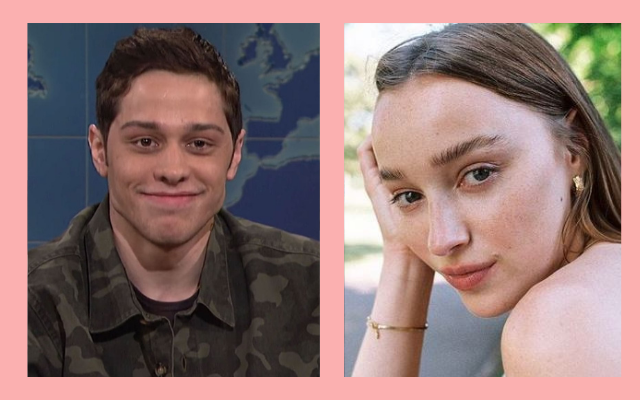 After some speculation, it seems Bridgerton star Phoebe Dynevor and Pete Davidson are officially dating.

It was recently reported that the pair have been “spending time” together, with Pete flying from NYC to Phoebe’s hometown in Manchester. Phoebe had visited New York in February, where the pair also seemingly spent quite a lot of time together.

And now, their relationship is basically official, according to the latest goings-on in the celeb world.

“Pete and Phoebe are still going strong despite not being able to physically spend time together,” a source revealed to Us Weekly. They’re reportedly trying to find more ways to spend time together, as Pete lives in the US while Phoebe is based in the UK.

“They keep in touch over text and FaceTime. Right now, they’re just focused on work. They’re not looking to rush things.”

The source continued: “He’s hoping to visit her for her upcoming birthday.” Before adding that they’re “seeing where their relationship goes” and “trying to make long-distance work.”

In general, Pete and Phoebe are “happy with each other,” the insider shared. “He makes her laugh. Pete is a good guy and definitely a charmer. He’s easygoing and fun to be around.”

Sadly, neither Phoebe nor Pete have confirmed or denied any dating rumours, so we’ll keep you posted if and when they do!

Regé-Jean Page Is Not Returning For Bridgerton Season Two