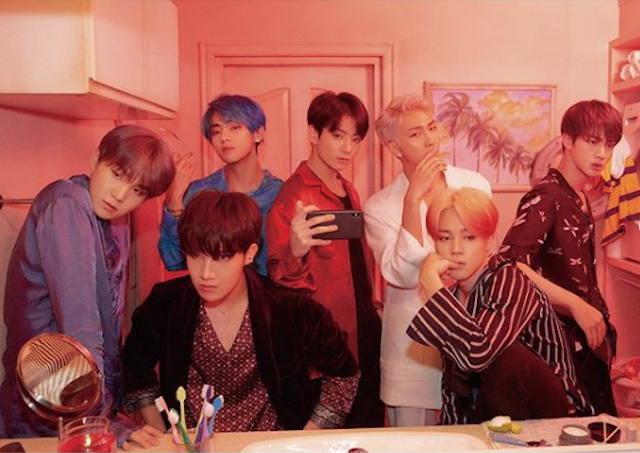 Many iconic musicians are remembered not only for the music they produce but also the style they sport. Think, Elton John and his over the top glasses, and The Beatles with their iconic bowl haircut.

Korean boyband BTS are firmly making their mark in both the world of music and fashion in recent years.

Proving that they truly are the kings of pop band fashion, the BTS boys stepped out on the red carpet of the 2019 Grammy awards wearing matching black suits, created by Korean designers JayBaek Couture and Kim Seo Ryong.

The suits (which are basically a work of art) are now going to be honoured in the best way possible – they will be displayed in a museum.

According to news platform Koreaboo, the k-pop boyband’s tuxedos from the night have been selected to go on display in a section of the Grammy Museum’s “On The Red Carpet Presented By Delta” exhibition.. which is kind of a mouthful, but we’re still excited anyway.

The boy’s threads will be in good company as they’ll go on display alongside some of the award show’s most iconic looks from the likes of Kanye West and Rihanna.

The exhibition is of course on display in LA, so not exactly accessible for many Irish BTS fans. But, should you find yourself in LA in the next few months the suits will be on display from the 20th of November until some time next year.

I guess just looking at pictures will have to do us, sigh.