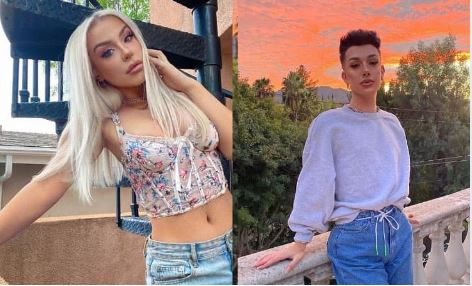 Influencers are people with a large social media presence, and considering the name, they do have the power to influence others.

This is why it’s so frustrating to see those who have the power to influence so many, act so carelessly.

As the COVID pandemic is still very much an issue, people are being asked to keep their distance from others in public and only spend time with a small group of friends while still keeping your distance and maintaining good hygiene by washing your hands and in many cases wearing face masks.

So when lots of the top influencers in the US were spotted at a big party, seemingly ignoring these recommendations, people were pretty annoyed.

Tyler Oakley called out a number of social media influencers for both hosting and attending a huge party this week.

Clearly learning nothing from Jake Paul’s mistake, many Tik Tok and social media influencers headed to the Hype House to celebrate Larray’s 22nd birthday. Larray’s bestie Nikita surprised him with a Hello Kitty-themed bash, and while it looked like a fun night, Tyler raised the important fact that you know, there is a pandemic currently sweeping the globe.

“If your favorite influencers are at huge house parties during a pandemic (& are dumb enough to post it on social media)… they are bad influences. unfollow them”

if your favorite influencers are at huge house parties during a pandemic (& are dumb enough to post it on social media)… they are bad influences. unfollow them.

Taking it one step further, Tyler even called out just some of the influencers who were in attendance, publicly shaming them for not adhering to social distancing guidelines.

Those among the call out were James Charles, Nikita Dragun, Tana Mongeau, Larray, and Charli and Dixie D’Amelio.

Pictures are videos from the night were posted on social media, with it clear to see that no one was wearing masks, gloves, or adhering to social distancing, with it seeming like there were hundreds in attendance.

However, Larray did reply to Tyler’s tweet. Eating humble pie, Larray admitted that it was wrong to host such a large gathering and that he promises to do better in future.

i understand 100% where ur coming from & it was a dumb thing to do. I will do better & will actually take this shit seriously. appreciate you tyler much love

And now, Tana and James Charles have followed suit, issuing their own apologies.

James included his statement in a Youtube video, in which he admitted it was ‘selfish and stupid’. 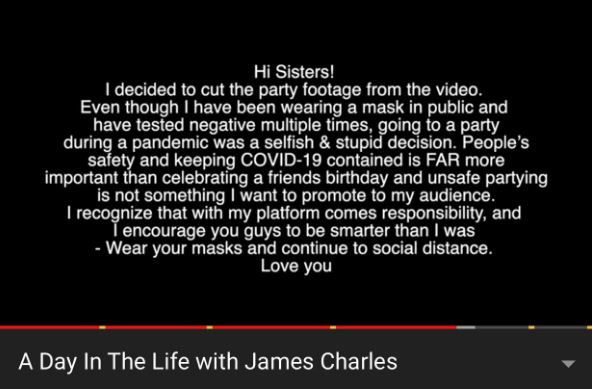 Tana received particular criticism for a video with Erika Costell in which she said: “we don’t f***ing care”, which some people felt was insensitive.

Tana apologised for attending the party but says that the comment in the video was referring to something else.

“While Erika and I were referring to past drama in our video the topic no longer matters — I need to be a better example and person,” she added. 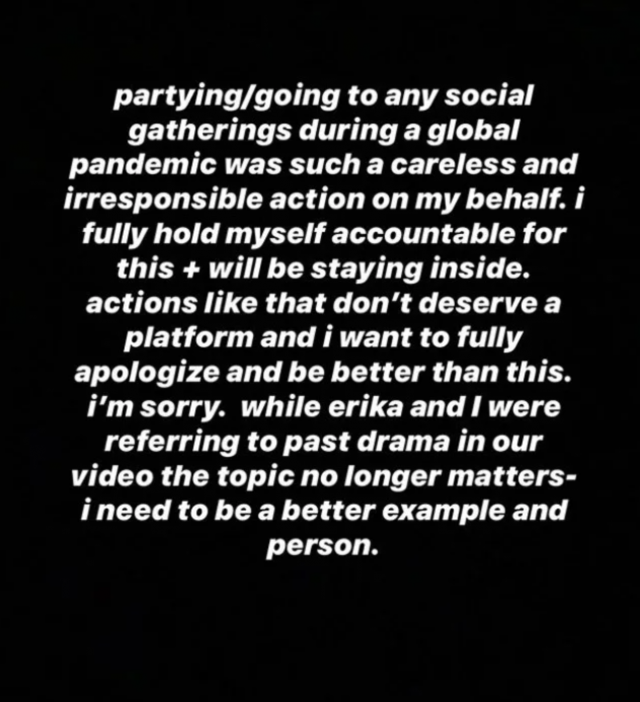 We’re glad to see these social media stars apologised and own up to their mistakes, but we do hope they learn from it and work together with everyone else to keep social distancing in place so we can get back to normal ASAP!