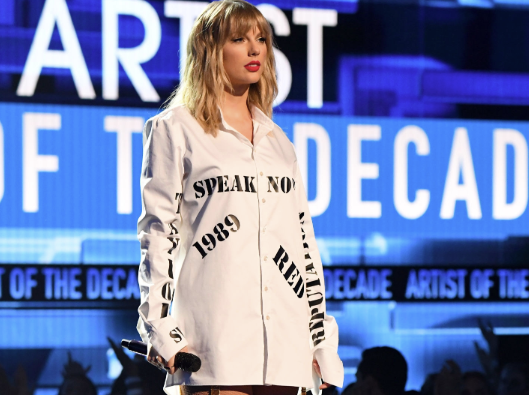 Recently, we’ve heard a lot about Taylor Swift. Her fight to perform her own music has caused a stir among fans and celebs. And now, at last night’s AMAs, Taylor has made history by surpassing Michael Jackson for the most AMAs ever won by one act.

Other winners included Billie Eilish, BTS and Post Malone, but good aul’ Tay Tay really owned the night. During last night’s ceremony, she picked up an amazing six awards, including Artist of the Year. But of course, she wasn’t going to perform without giving a nod to the ongoing feud surrounding her music. She stepped out on the stage wearing a white shirt with some names of her older records, including Fearless, Speak Now, and 1989. Not before donning a fabulous gold leotard to perform part of her latest song The Man, and Shake It Off with Camila Cabello and Halsey. 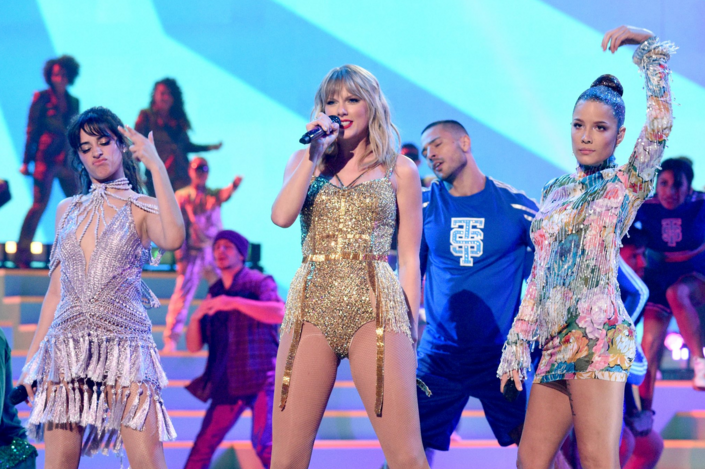 During her acceptance speech, Taylor gave a heartfelt thank you to her fans for sticking by her. “Just the fact that the last year of my life has had some of the most amazing times, and also some of just the hardest things I’ve gone through in my life and not a lot of them are things that haven’t been public.” She then continued, “I don’t know what I’m talking about other than the fact that this was just like this year for me has been a lot. It’s been a lot of good, it’s been a lot of really complicated, and so on behalf of my family and me. Thank you so much for being there and for caring.” 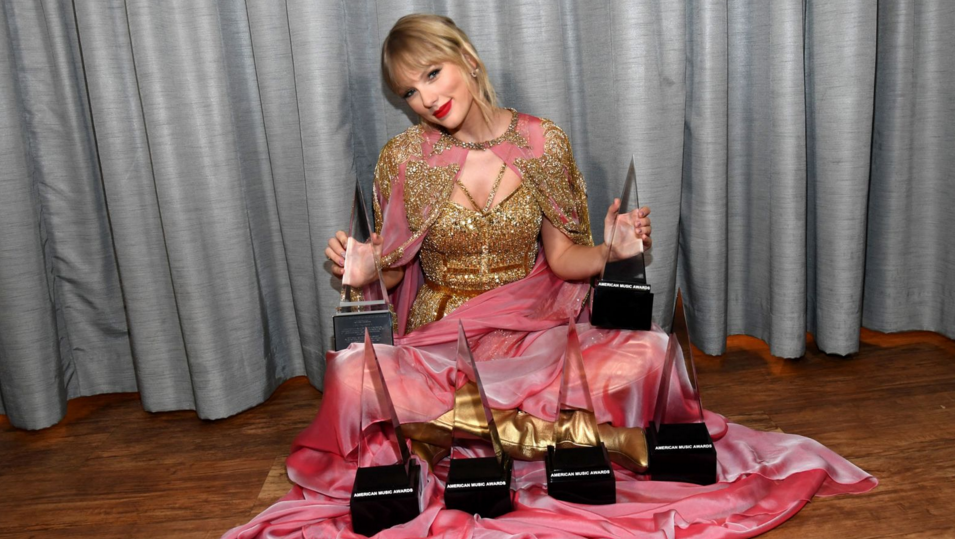 “And all that matters to me is the memories that I have had with you, the fans, over the years, because we’ve had fun, incredible exhilarating times together. Thank you for being the reason I am on this stage.”