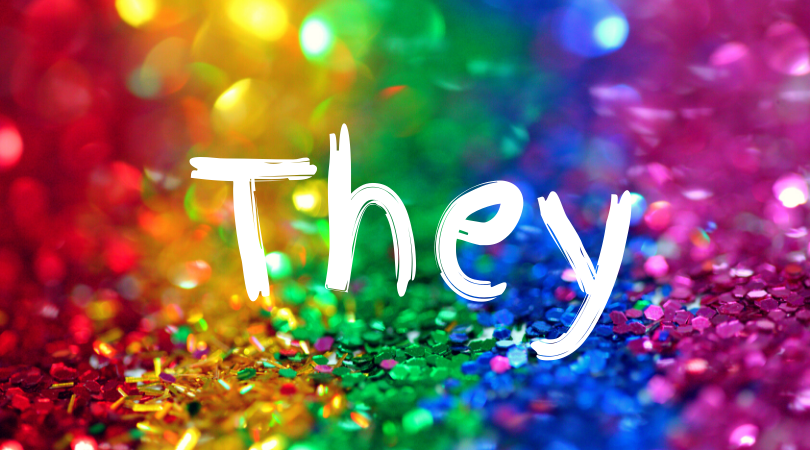 Every year, dictionary company Merriam-Webster releases a ‘word of the year’. This is a word that stands out over 12 months, and one that has a huge impact on the world around us.

This year, the word is ‘They’. This word is proving so popular because of non-binary people and increased awareness from people in general.

Non-binary, or gender-neutral refers to people whose gender identity is not exclusively male or female.

While people have been non-binary since the beginning of time, this year saw high-profile celebs talk more openly about their gender identity.

Singer Sam Smith revealed that they identify as non-binary in a statement earlier this year, in which they said: “Today is a good day so here goes. I’ve decided I am changing my pronouns to THEY/THEM after a lifetime of being at war with my gender I’ve decided to embrace myself for who I am, inside and out.”

Queer Eye star Jonathan Van Ness also came out as non-binary, saying: “The older I get, the more I think that I’m nonbinary — I’m gender non-conforming. Like, some days I feel like a man, but then other days I feel like a woman. I don’t really — I think my energies are really all over the place. Any opportunity I have to break down stereotypes of the binary, I am down for it, I’m here for it. I think that a lot of times gender is used to separate and divide,” he told Out.

Some gender-neutral people don’t mind the use of he or she alongside the ‘they’ pronoun, but it totally depends on each person.

So, with stars like these coming out and speaking openly about their gender identity, along with many other factors, searches for ‘they’ increased in 2019 by 313% over the previous year.

This is so important and positive for many reasons. It helps to increase awareness and understand by all people, which hopefully means more acceptance for those who are non-binary.

Nick Adams, director of transgender representation at GLAAD, who is a transgender man himself told GMA: “Merriam-Webster’s choice is the latest example of the growing awareness and acceptance of the fact that gender is not binary.”

And while this is a very good thing, he added that there’s still so much to be done: “but there is a long road ahead before language, policy, and culture are completely affirming and inclusive.”

Explaining the importance of using the correct pronouns, he said: “[it’s] simply respectful, just like using their name.”

If you’d like more information or advice about LGBT+, you can visit BelongTo.org.