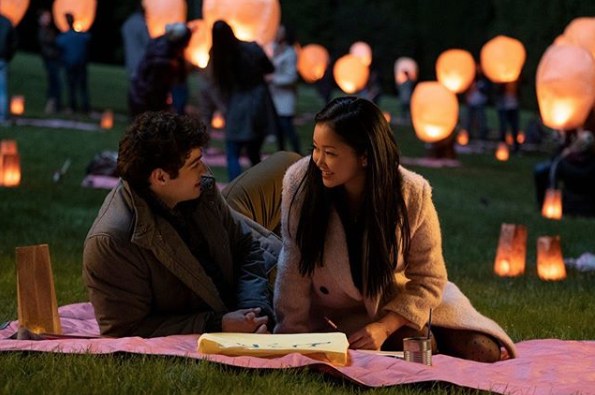 We’ve waited long enough for the sequel to To All The Boys I’ve Loved Before, and now that it’s here? Well, now all we want is the third. The internet simply can’t cope with TATBILB: PS I Still Love You, and these tweets prove it. If you haven’t watched it yet, best not read on because there’s major spoilers ahead.

Me throughout the whole of #ToAlltheBoys2 deciding whether I want Lara Jean to end up with Peter Kavinsky or John Ambrose pic.twitter.com/H0n5Nhxxqz

the way peter comforted lara jean after their fight when he hugged her and said “let’s never fight again,ok?” this scene is too soft 🥺❤️ #ToAlltheBoys2 pic.twitter.com/b3zdAMBnkE

#PSIStillLoveYou me when Lara Jean ended up choosing Peter even though i read the book and knew she was gonna choose Peter #TEAMJOHN pic.twitter.com/HIGNZ05sT5

peter kavinsky really went from “you gonna break my heart, covey?” to “break my heart. break my heart into a thousand pieces. do whatever you want with it.” that boy is WHIPPED WHIPPED and I WANT ONE WHERE DO I GET A PETER #ToAlltheBoys2 pic.twitter.com/bgIJCzGgRH

Me watching Lara Jean and Peter Kavinsky be all cute knowing i’ll be alone on Valentine’s Day 🤣#ToAlltheBoys2 pic.twitter.com/tduwX0BjM5

Dermot Kennedy And Paul Mescal Are Teaming Up For Something Special

Your July Horoscopes Are Here!

Are You Guilty Of Being A Social Media Troll?

Here’s What Team KISS Are Doing This Week

Letter To My 16-Year-Old Self: Singer Songwriter RuthAnne