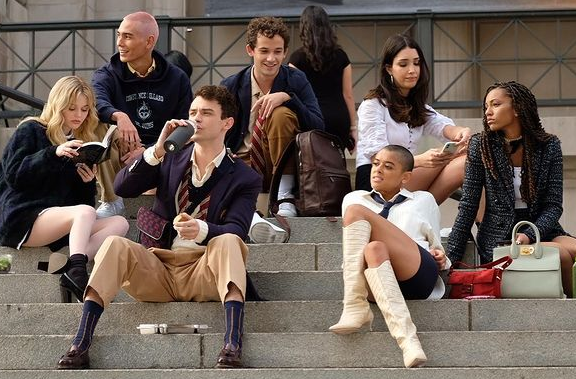 Hey Upper East Siders, the official trailer for the Gossip Girl reboot has landed and we are so excited!

The trailer features the voice of Kristen Bell, who also narrated the original series.

She says, “Did you miss me? I know I’ve missed you,” before ending the trailer with everyone’s favourite line, “XOXO Gossip Girl.” You read that in Gossip Girl’s voice, didn’t you? It’s impossible not to!

The trailer description reads: “Nine years ago, the original Gossip Girl website shut down. But after a new generation of New York’s young elite takes control of private school Constance Billard, the notorious blogger remerges as the number one source into their scandalous lives. #GossipGirl”

One major difference between the original show and the reboot is that Gossip Girl is now an Instagram account instead of a website. But GG has the same purpose to spy of the characters and spill all the major tea!

The modern world of 2021 is fully evident as the cast are holding iPhones with ring lights. It seems the new world of Instagram influencers and bloggers will play a role in the reboot. With one character, Julien Calloway (Jordan Alexander) even saying “I’m not just known, I’m influential and I can’t have that taken away from me.” Oh the drama!

Julien better watch out because with Gossip Girl around anything is possible!

The cast look ever so glamourous and it seems they will be attending some elite parties and fashion shows. We also get a glimpse at some of our favourite NYC locations including the steps of the Met.

The show is set to premier on July 8th on HBO Max. Unfortunately it is not yet known where we will be able to watch it. But hopefully we’ll have some more updates for you on that one very soon!

♥ Get Excited: The Gossip Girl Cast Names Have Been Revealed

♥ Quiz: How Well Do You Know Gossip Girl?