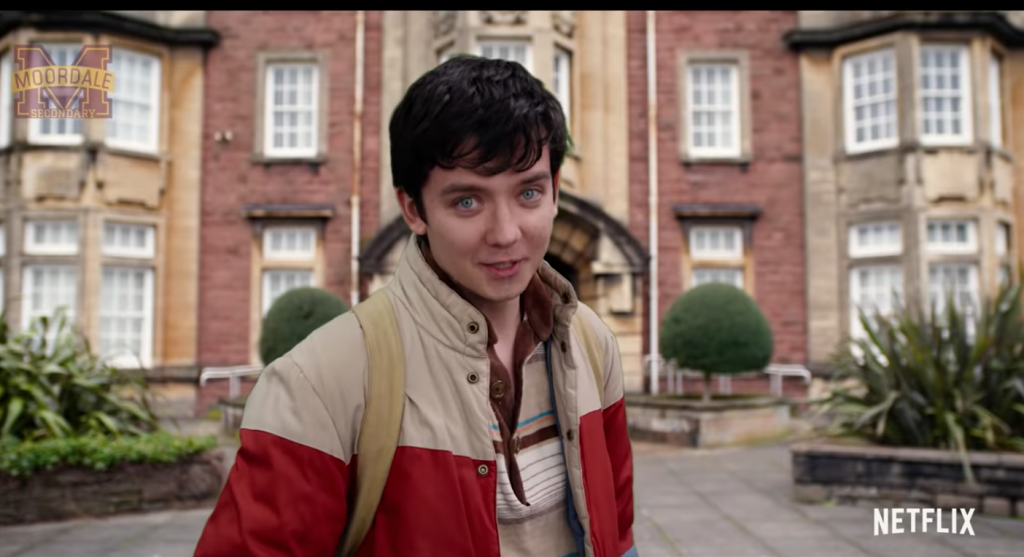 With the news that Sex Education is returning in just two months, we’ve been patiently waiting for a trailer which will give us a glimpse into season 3.

Now, the official trailer has finally dropped, and all our faves are back, along with a few new faces too!

The teaser comes in the form of a promo video for Moordale Secondary School.

We meet the new headmistress Hope, who is played by Jemima Kirke.

We also see Otis, Maeve, Jackson, Aimee, Ola and all our fave students being forced to promote the school.

However, we couldn’t help but notice that Eric is missing? Has he switched schools? Maybe he was just too busy to be in the vid! We hope!

Our other takeaways are that Maeve looks super different and that we don’t trust headmistress Hope even one little bit!

When is S3 of Sex Education Landing?

We’ll get to see what happens with all of this when the show returns on September 17th!

So what can we expect from S3?

There’s so much to pick up on since season two, for example: Where do Otis and Maeve stand? Do they get together or does George, and other facts get in the way?

Will Eric be happy with his decision?

How is pregnant Jean getting on? Will Otis have a new brother or sister when we meet them again?

You may know the actor from playing Lucius Malfoy in Harry Potter, HAP in The OA, and Captain Hook in Peter Pan.

Jemima Kirke will play Hope, the new headmistress at Moordale. You might know her from the TV show Girls, and she was also in the video for Dusk Till Dawn, Zayn’s song featuring Sia.

Dua Saleh will play Cal, a nonbinary student who clashes with Hope.

Sex Education has always been great at representation and including all sorts of characters with different issues, preferences and family situations. So we can’t wait to see what they do with season 3.